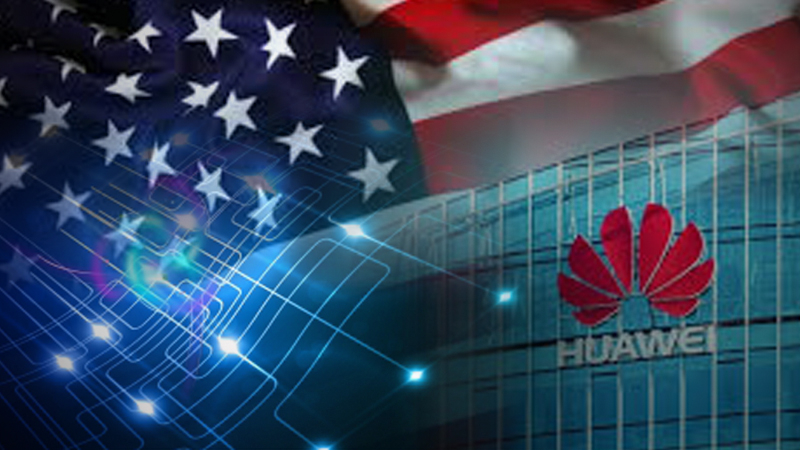 The Trump administration will extend for another 90 days its temporary order that allows a limited range of U.S. technology exports to China's Huawei, the Commerce Department said Monday.

The extended grace period is meant to help rural U.S. telecom companies that rely on Huawei equipment to provide wireless internet and phone service, the Commerce Department said. But it doesn't fundamentally change the sweeping prohibitions the U.S. has put on Huawei.

In order to purchase replacement parts and software from Huawei, rural telecom companies need to issue purchase orders containing technical information, which counts as a technology export, according to the Rural Wireless Association, a trade group to which many rural telecoms belong.

Giving them temporary permission to continue these transactions "will allow carriers to continue to service customers in some of the most remote areas of the United States who would otherwise be left in the dark," said Secretary of Commerce Wilbur Ross.

The United States banned tech exports to Huawei in May, adding the Chinese company to a trade blacklist. The Trump administration views Huawei as a security risk because it believes the Chinese government could tap into Huawei network gear installed abroad to spy on the West or disrupt infrastructure. U.S. officials have provided few public details to back up these concerns, which Huawei calls unfounded.

Senate Minority Leader Chuck Schumer criticized the extension of the trading window. "If President [Donald] Trump and his Commerce Department agree that Huawei is a national security threat, they should start acting like it," he said in a statement. "Every day President Trump is soft on Huawei, the Chinese Communist Party takes that as a signal that they can continue hurting American jobs and threatening our national security without any repercussions."

In addition to the export ban, the Trump administration is cracking down on Huawei in other ways.

On Friday, the Federal Communications Commission is expected to vote on a proposal to block U.S. telecom and internet companies from receiving federal subsidies if they buy foreign equipment from companies deemed to pose a security threat, including Huawei and fellow Chinese equipment maker ZTE. Rural telecom companies rely on these subsidies to make ends meet.

The FCC will also discuss a new proposal to require subsidy recipients to remove any existing Huawei or ZTE equipment from their networks.

Pine Telephone Company, which uses Huawei equipment in its network in rural Oklahoma, said the 90-day reprieve to continue trading with Huawei is useless if the government ultimately intends to order companies to rip out all Huawei gear.

"You want me to go buy more stuff that you're going to ask me to rip out? Let's make up our minds," Jerry Whisenhunt, general manager of Pine, said by telephone Monday. He said he is purposely avoiding spending money on Huawei software upgrades for his equipment because he fears he'll have to stop using the gear soon.

Beyond the trade allowed by the 90-day reprieve, most other U.S. tech sales to Huawei are still banned, although some U.S. companies say they are continuing to supply Huawei with parts that they say don't violate the prohibition. The ban applies to technology made in the United States, and to products made overseas that derive more than 25% of their value from U.S.-origin technology.

Dozens of U.S. companies have asked the Commerce Department for special licenses that would excuse them from the ban and allow them to keep selling computer chips, software and other parts to Huawei. The Chinese company is one of the world's largest sellers of telecom network gear and smartphones, and was a large buyer of U.S. technology before the trade ban.

U.S. companies seeking licenses have argued they should be able to sell Huawei parts for use in consumer technology such as smartphones, which they argue doesn't threaten U.S. national security.

The fate of these license requests is unclear. Early this month Commerce Secretary Ross said the agency "very shortly" would approve "quite a few" of the 260 license applications it had received. But lawyers familiar with the matter say no licenses have yet been granted.

Trump has suggested Huawei's fate is tied up in the trade talks Washington is conducting with Beijing. Despite calling Huawei a threat, Trump has suggested that the United States could ease up on the company as part of a larger deal.