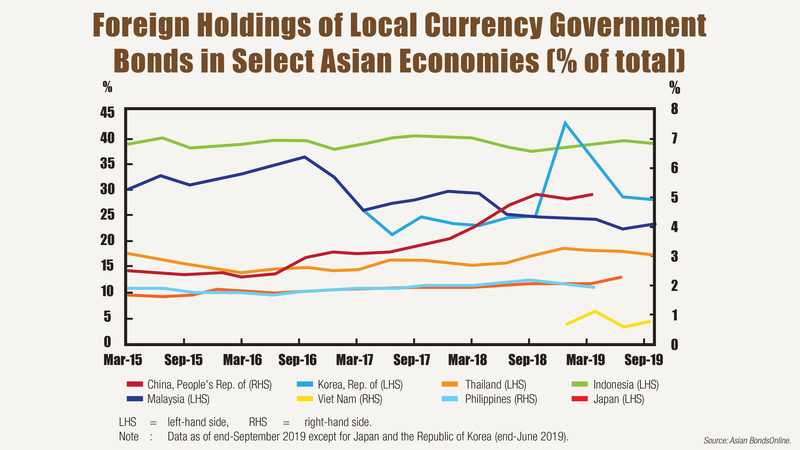 “The ongoing trade dispute between China and the United States and a sharper-than-expected economic slowdown in advanced economies and the China continue to pose the biggest downside risks to the region’s financial stability,” said ADB chief economist Yasuyuki Sawada.

Local currency bonds outstanding in emerging East Asia reached US$15.2 trillion at the end of September. This was 3.1 per cent higher than at the end of June.

Local currency government bonds outstanding totalled $9.4 trillion, accounting for 61.8 per cent of the total, while the stock of corporate bonds was $5.8 trillion.

A total of $1.5 trillion in local currency bonds were issued in the third quarter, up 0.9 per cent versus the previous three months.

Indonesia had the fastest-growing local currency bond market in the region during the third quarter, boosted by large issuance of treasury bills and bonds.

An annual survey included in the report shows increased liquidity and trading volumes in most regional local currency bond markets in 2019 versus 2018.

It also highlights the need for a well-functioning hedging mechanism and diversified investor base for both government and corporate bonds.