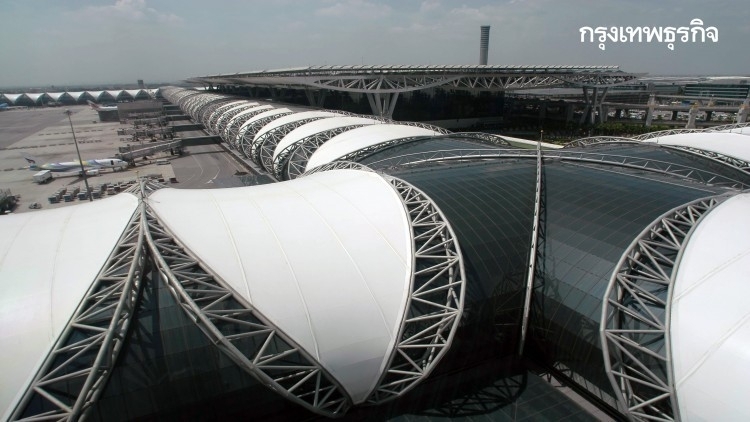 The Airports of Thailand (AOT) board yesterday (November 20) approved a plan to establish a second terminal on the northern part of Suvarnabhumi Airport.

The board also nodded to a 50 per cent discount in landing fee for international charter flights at six airports under the AOT for a period of five months.

The discount measure will run from December 1 this year to April 30 next year as part of an AOT strategy to boost tourism in the short term.

The agency would submit plan for the second terminal to the Transport Ministry soon, said AOT president Nitinai Sirismatthakarn.

Construction cost of the new terminal is estimated at Bt42 billion. It is expected to become operational in 2023 or 2024, to help ease passenger traffic at the airport.

The AOT board meeting yesterday also approved the fifth master plan for Suvarnabhumi Airport, focusing on its role in connectivity of the three international airports with the Eastern Economic Corridor.