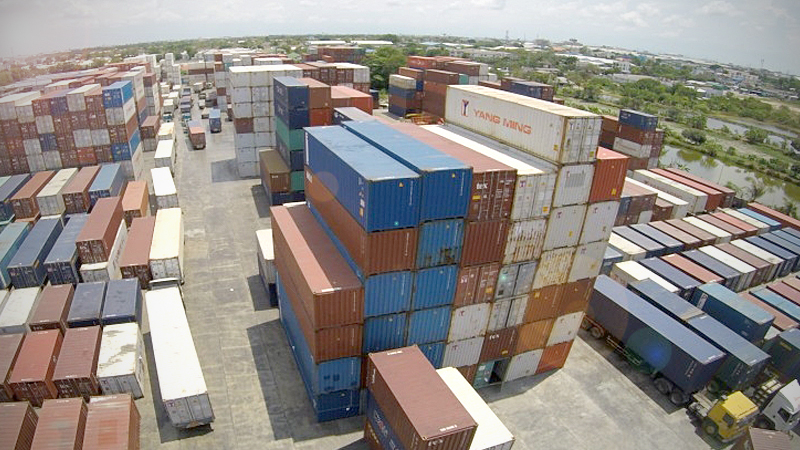 Thai exports are expected to contract between 1.5 and 2 per cent for the full year, the Commerce Ministry announced on Thursday (November 21).

Pimchanok Vonkorpon, director-general of the ministry’s Trade Policy and Strategy Office, was downgrading a prior prediction of zero growth in 2019.

But the situation is expected to improve next year, she said.

Contraction this year might not reach 2 per cent if the baht does not further strengthen in value against foreign currencies and there is no further steep plunge in global oil prices.

She said exports to shrink this month, then expand next month.

The department announced on Thursday (November 21) that the overall Thai export sector shrank in October by 4.57 per cent, leaving total trade value at US$20.8 billion.

Pimchanok said a 25-per-cent-plus decrease in the price of oil and lower demand for commodities including rice and rubber were chiefly to blame.

The effects of international trade wars are improving, as can be seen in a rise in Thailand’s electronics exports, she said.

But there are other harmful contributing factors, such as the baht’s appreciation and Brexit worries, that can affect Thai exports in the long term.

Total exports for the first 10 months of 2019 were valued at $207 billion, a 2.4-per-cent decrease from the same period last year.

Pimchanok expects exports next year to expand by at least 2 per cent since exporters have already adjusted to the trade-war situation and are seeking out new markets.