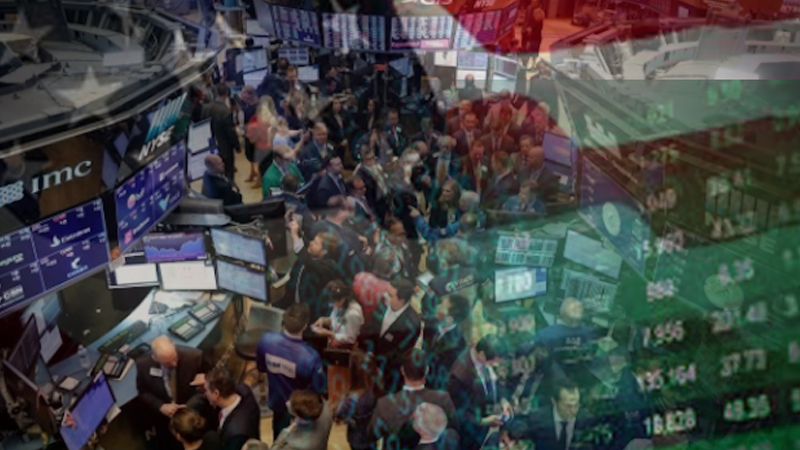 U.S. equities edged lower following losses in Europe and Asia as traders weighed conflicting signals about the outlook for a trade deal between Beijing and Washington.

Declines slightly outnumbered gains among members of the S&P 500 index. The dollar held steady and Treasuries dipped as China's chief trade negotiator reportedly said he was "cautiously optimistic" about reaching a phase-one accord. Pessimists focused on speculation Donald Trump may sign legislation backing Hong Kong protesters, setting up further conflict between the nations. TD Ameritrade soared on reports that Charles Schwab Corp. is in talks to buy the brokerage.

Hong Kong's deteriorating situation may prove crucial to the trade talks, and on Thursday a commentary from China's state-run news agency accused the U.S. of applying a double standard. China has threatened to retaliate for the passage of the American bill and said supporting the protesters was a "gross" interference in Hong Kong affairs. With stocks still within 1% of a record high, traders will be watching for signs of progress ahead of a Dec. 15 deadline for further tariffs.

"Investors now are starting to worry again that we may not see that phase one in 2019," said Chris Gaffney, president of world markets at TIAA. "It's going to be tough to have the next leg up without a trade deal."

--Economic indicators due for release include U.S. and European PMI data for November on Friday.

--The yield on 10-year Treasuries increased three basis points to 1.78%.