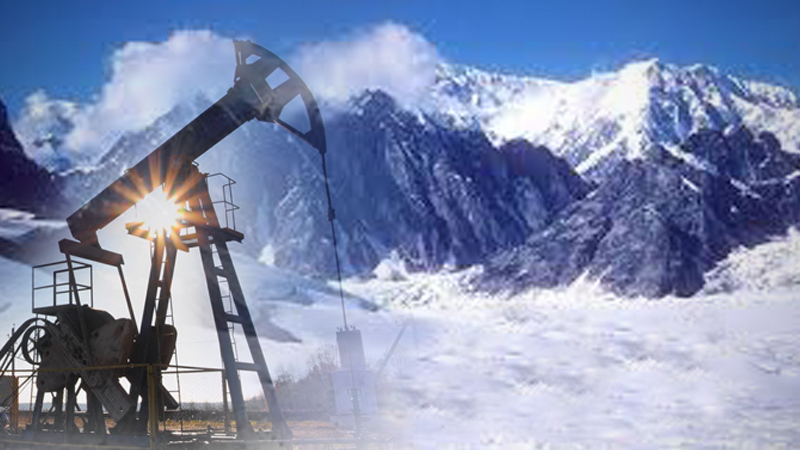 WASHINGTON - The Trump administration announced a plan Thursday that could allow oil drilling on over three-quarters of the nation's largest piece of unprotected wilderness, overhauling a 2013 plan that limited development on the Alaskan reserve.

The 23-million acre National Petroleum Reserve-Alaska, which is roughly the size of Indiana, has attracted relatively little public attention compared with the neighboring Arctic National Wildlife Refuge. But it ranks as one of the most ecologically valuable and promising oil prospects in the country.

The Interior Department's Bureau of Land Management announced it is considering four possible options for the reserve, from slightly scaling back the 11.7 million acres eligible for development to expanding the leasing area to 18.3 million acres.

The Obama administration had put half of the reserve off limits to development six years ago, on the grounds that specific areas provided crucial habitat for hundreds of thousands of migrating birds and tens of thousands of caribou. But it is also the site of significant oil deposits, and recent discoveries suggest that it could hold as much as 8.7 billion barrels in undiscovered oil.

The bureau did not pick a "preferred alternative" in its new proposal. But its Alaska state director Chad Padgett said the plan, which will be subject to a 60-day comment period, reflects the administration's emphasis on energy development.

"With advancements in technology and increased knowledge of the area, it was prudent to develop a new plan that provides greater economic development of our resources while still providing protections for important resources and subsistence access," he said.

The agency's draft Environmental Impact Statement is required to include an alternative of keeping the existing protections for the reserve in place. Under one scenario, BLM would cut the amount of area eligible for drilling from 11.8 million acres to 11.4 million. But the other two plans would expand energy development significantly, to either 17.1 million acres or 18.3 million acres, which amounts to 80 percent of the reserve.

Under this last scenario, federal officials would allow drilling around Teshekpuk Lake, a 22-mile-wide reservoir created by the thawing of ice-rich permafrost. The lake hosts hundreds of thousands of breeding shorebirds, along with denning polar bears and tens of thousands of molting geese and caribou.

Nicole Whittington-Evans, Alaska program director at the advocacy group Defenders of Wildlife, said her organization would fight any move to expand fossil fuel development in the remote region.

David Krause, Alaska assistant director for the Wilderness Society, questioned why the administration would upend the existing plan when it includes more than 10 million acres yet to be leased. "Clearly the only reason to scrap the existing, science-based management is to pander to oil companies who will drill anywhere, regardless of the social and ecological impacts," he said.

Designated a naval reserve in 1923, the area has been the subject of energy exploration for years. But in 1976, the Navy transferred control of the area to Interior under a law that required any oil exploration conducted in areas with "significant subsistence, recreational, fish and wildlife, or historical or scenic value" be conducted in a way that provides "maximum protection."

Commercial companies became interested in the area in the 1990s, and have been producing oil in the reserve for two decades. But operations there are subject to strict rules, and each new project has spurred significant controversy.

"It is arguably the most special place for birds in the Arctic," said David Yarnold, president of the National Audubon Society, in an interview. "If you were to try to find a place to do more damage in the Arctic, you couldn't."

But Kara Moriarty, president of the Alaska Oil and Gas Association, said in a phone interview earlier this year that her members were committed to minimizing their operations' environmental impact.

"Nobody cares about the backyard more than than we do," she said, adding that Alaska remains a critical component to fulfilling President Donald Trump's vision of expanding fossil fuel production at home. "The only way you can do that is through Alaska. There's a recognition that this administration is very focused on energy security and this is their words, energy dominance."

The federal government's fluctuating estimates of the reserve's energy potential has influenced what sort of limits previous administrations have imposed there. In 2010 the USGS downgraded its estimate of the area's undiscovered oil from 10 billion to 896 million barrels. The Obama administration developed a master plan for the reserve that allowed leasing in half the reserve, and put the other half off limits.

But just a few years later, federal experts were forced to reassess their projections. After 150 exploration wells produced only modest finds, Armstrong Oil and Gas discovered the Pikka oil pool in 2015 on nearby state lands. The field, now known as Pikka/Horseshoe, alone could hold more than 1 billion barrels. Two years later, the third-biggest U.S. oil company ConocoPhillips tapped Willow, an oil reservoir on federal land that could hold more than 300 million barrels.

The latest oil boom holds out economic promise for the state of Alaska, which is heavily reliant on income from the petroleum industry. Drilling in the reserve is particularly lucrative for Alaska due to a special deal crafted by the late senator Ted Stevens (R-Alaska), which gives the state half of the reserve's federal royalties.

And it has split the Alaska Native community on the North Slope, which funds much of its local government operations with taxes on oil and gas companies. A year ago North Borough Mayor Harry K. Brower Jr., joined Alaska's Director of Resources at the time, Andy Mack, in asking Trump officials to expand leasing in the reserve.

"While always mindful of the need to protect the environment and critical subsistence opportunities, our residents also recognize that our ability to continue to provide even the most basic services to our communities depends largely upon a revenue stream generated by taxes on land-based oil and gas facilities," he wrote.

However some village leaders in Nuiqsut, a town of just under 500 people at the edge of the federal reserve, have begun to push for limit drilling in the region.