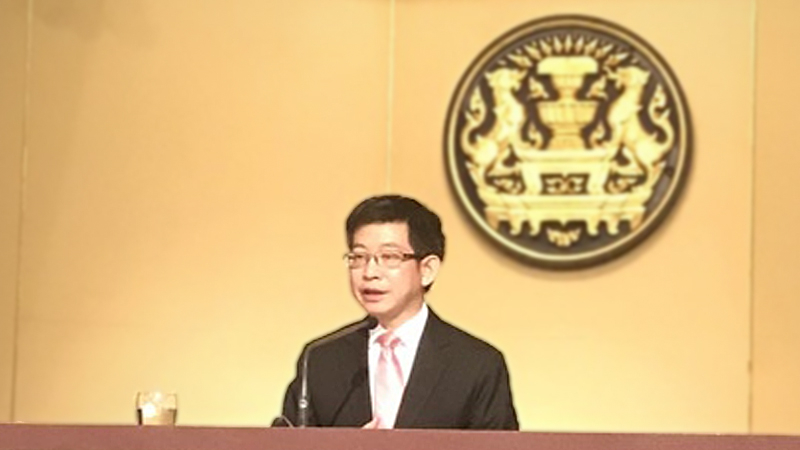 The Council of the Economic Ministers on Friday (November 22) approved the government's economic target of 2.7 per cent to 3.7 per cent gross domestic product (GDP) growth next year.

Kobsak Pootrakool, deputy secretary-general to the prime minister for political affairs, said the government also targeted budget disbursement of 92.3 per cent of total budget next year in order to achieve the 2020 GDP growth target.

The council also set export growth target of at least 3 per cent next year and total 41.8 million tourist arrivals. It also aims for private local and foreign investment of at least Bt3.3 trillion next year.

The council urged all state agencies to accelerate budget disbursement of Bt110 billion in this quarter.

The meeting was also briefed on projects faced with slow disbursement, including the the Thai-China high-speed train project.