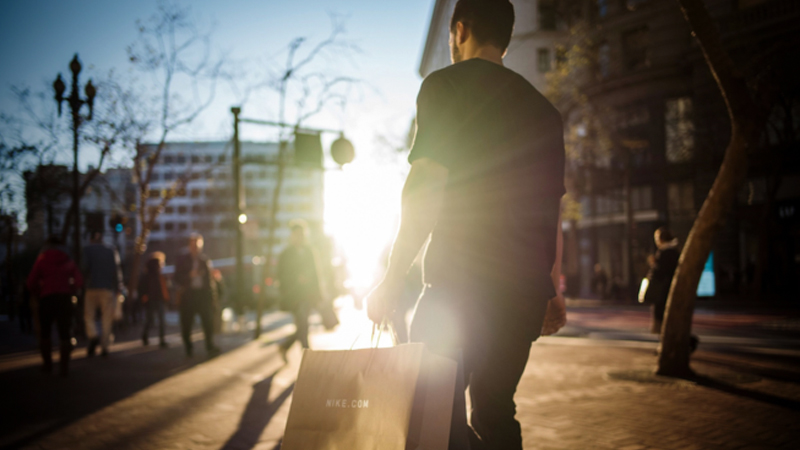 U.S. consumer sentiment extended gains in mid-November as Americans' economic outlook improved against a backdrop of solid hiring, record stock prices and the prospect of a trade truce with China.

The University of Michigan's final sentiment index advanced to 96.8 in November from 95.5 in October, data showed Friday. It was also above both the preliminary reading and median analyst estimate of 95.7. The gauge of current conditions decreased to 111.6 while the expectations index climbed to 87.3, and both were higher than in the initial report.

The upbeat reading, marking the longest streak in sentiment gains since early 2017, signals consumers will continue to drive the longest economic expansion in U.S. history as the holiday shopping season begins.

The measure of Americans' expectations for inflation five to 10 years out rebounded to 2.5% from a reading that matched a record low. That may give some comfort to Federal Reserve officials, after some policy makers flagged concerns about low inflation expectations in supporting a third straight interest-rate cut last month, according to minutes of their meeting.

Americans' optimism is being supported by record stock values and a still-solid job market as well as lower interest rates following the Federal Reserve's third straight reduction in borrowing costs. The Trump administration and Chinese officials are in the process of negotiating an initial trade accord, though it could still fall through.

While Americans' sentiment remains sharply divided among partisan lines, the data suggested that the start of impeachment proceedings against Republican President Donald Trump is seeping into views: The index rose to a three- month high among Democratic respondents and slumped to a three-month low among Republicans. Still, just 2% of respondents made spontaneous references to impeachment.

"Personal spending will be energized by record favorable evaluations by consumers of their personal financial situation," Richard Curtin, director of the University of Michigan consumer survey, said in a statement. "Nonetheless, there is little point in dismissing the significant risks from potential negative shocks, associated with tariffs, impeachment, global growth, or geopolitical events."

Consumer expectations for inflation over the coming year were unchanged from the prior month at 2.5%.

Fifty-four percent of households said their finances had recently improved, not far from the record high of 57%.

The report reflects surveys from Oct. 22 to Nov. 18. The preliminary report's cutoff was Nov. 6.