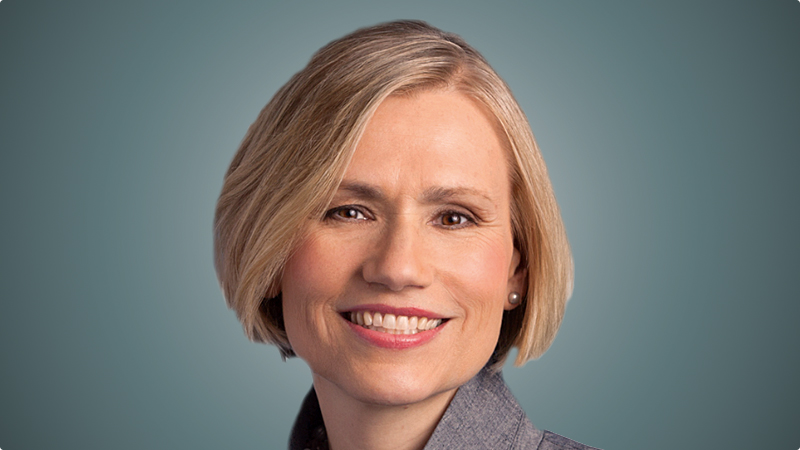 By Special To The Washington Post · Kristina Hooper · OPINION, OP-ED

Americans have become increasingly responsible for their own financial destinies. The certitude of Social Security has been evaporating for younger people, while 401(k)s have displaced pensions across corporate America, leaving more investment decisions in the hands of individual workers. Those decisions should be based on facts, yet myths abound when it comes to the stock market. Here are five I hear constantly in my conversations with investors.

Myth No. 1: The stock market is a proxy for the economy's health.

There is a widely held view that when the stock market is rising, the economy is doing well, and vice versa. The website Economics Help explains, "Generally speaking, the stock market will reflect the economic conditions of an economy." President Donald Trump often makes this connection; on Sept. 26 he tweeted: "Do you think it was luck that got us to the best Stock Market and Economy in our history. It wasn't!"

This view is not always accurate. Historically the stock market has risen in advance of improvements in economic growth and has fallen ahead of downturns. So it is often viewed as a leading indicator, rather than a simultaneous one. Stocks began dropping in 2000, for instance, preceding the recession of the early 2000s. Similarly, another decline started in 2007, before the Great Recession.

There are even times when the stock market is doing well because the economy is decelerating. If the Fed lowers interest rates in response to a deteriorating economy, stocks may perform better - which happened this year as expectations grew that the Fed would cut rates because of a global slowdown. Conversely, in 2018 stocks fell as the Fed tightened, responding to a strong U.S. economy.

Myth No. 2: Investors have to tolerate lots of volatility.

"Market volatility is inevitable. It's the nature of the markets to move up and down over the short-term,"says Investopedia. A Forbes column in March noted that volatility is "a necessary part of how an efficient market behaves."

But there are ways for investors to lower the volatility of their stock portfolios and lessen the impact of the market's ups and downs. First, certain strategies filter out companies with histories of high volatility. A benchmark index for these strategies is the S&P 500 Low Volatility Index, which has been a strong performer over the past year, especially in the last quarter of 2018 and the second quarter of 2019, when sharp stock sell-offs favored stocks with lower volatility. In fact, in 14 of the past 15 downturns, the low-volatility factor outperformed the broader market.

Another potentially way to lower volatility is to invest in actively managed funds, in which professional managers pick and choose the equities (vs. passive funds that track broad market benchmarks). Active U.S. equity funds have performed better than the benchmark during market downturns. For example, after the tech bubble burst in 2000, actively managed large-cap core funds fell 34.1% while the overall S&P 500 Index fell 42.1%.

Myth No. 3: Emerging-market stocks are too risky to invest in.

Many American investors are wary of stock markets in developing nations - especially now that Washington is involved in several trade spats. A September column in the Financial Times noted that the "long grind of trade talks holds back enthusiasm" for emerging-market stocks and charted their "tough decade" vs. Wall Street. In response to such concerns, investors have withdrawn large amounts from emerging markets in recent months.

In 1952, Nobel prize winning economist Harry Markowitz developed a theory about portfolio diversification: that investors can achieve lower risk by holding a variety of asset classes. This theory suggests that owning just Treasury bonds could be riskier than owning a mix of investments that includes emerging-market stocks. And there are good reasons to invest in these countries: China and India together are likely to constitute 35% of global gross domestic product by 2050, while the U.S. share is expected to shrink to 12%; Asian emerging equities should get a boost from fiscal stimulus in China and India. Chinese stocks in particular should benefit as Beijing liberalizes the nation's economy.

Myth No. 5: Close attention to financial news can bring success.

Every stock market move is avidly followed and interpreted by financial media, and there is a widely held belief that investors must pay lots of attention to every headline. "Don't take your eyes off these markets,"says one trading coach website. CNBC host and investor Jim Cramer advises people to follow financial news closely: "You'll either miss the opportunity to make money in the market or not pay enough attention and end up losing your shirt."

The problem is that tracking the constant waves of news can reduce returns. People who follow financial news closely and react to the latest economic data, Fed statements or U.S.-China trade war developments by moving in and out of the market - a behavior called "timing the market" - don't fare better in the long term. Morningstar, an independent investment research firm, compared the returns of open-end funds (full of "buy and hold" investors) with those of individual investors, whose behavior differed as they moved in and out of the funds in reaction to the news. Over the 10 years ending in March 2018, the average open-end fund returned 5.8%, while investors made 5.5%.

The U.S. stock market has been on a tear, with the S&P 500 Index hitting a new high this month;Trump tweets all the time about its performance. Some valuations that analysts use to assess whether a trend will continue - price-to-earnings ratios, price-to-sales ratios, the price/earnings-to-growth ratio - have looked above-average relative to history. Celia Dallas, chief investment strategist at Cambridge Associates, tackled this topic in a recent essay titled "US equity valuations have been too high for too long." Yale economist Robert Shiller recently said, "I see bubbles everywhere."

But valuations are poor predictors of stock market performance in the near term, because stocks can remain at high valuations for several years. Valuations have greater predictive power over the longer term (say, 10 years or more) when reversions to the mean are more likely to occur. And valuations aren't useful in a vacuum; it's better to assess them against other asset classes. The Fed model, which compares the earnings yield on stocks to the yield available on bonds, indicates that stocks are almost as cheap relative to bonds as they have ever been. The S&P 500 Index has a 5.1% earnings yield compared with approximately 1.7% for the 10-year Treasury yield. This is a spread of nearly 3.4% in favor of stocks - which is near historical highs and suggests that stocks are very attractively valued relative to bonds.