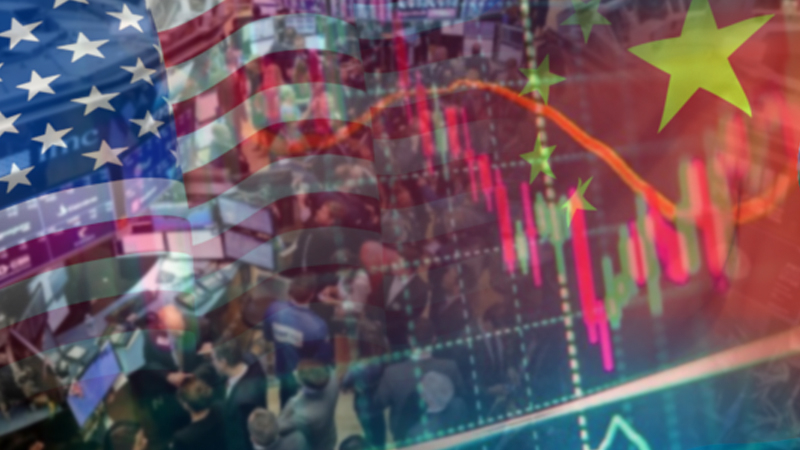 U.S. equities closed at records amid optimism over China trade relations and a fresh wave of merger and acquisition activity. The dollar strengthened.

The Stoxx Europe 600 index advanced, with all 19 industry sectors closing in the green. Equities climbed across Asia, led by those in Hong Kong, where local elections brought a landslide victory to pro-democracy candidates. The dollar gained versus the euro and yen.

While doubts about the rally remain and haven investments such as bonds seem well-supported, stocks globally are approaching a third month of gains. The S&P 500 index is building on an advance from Friday, when President Donald Trump said he was "very close" to a trade pact with Chinese President Xi Jinping, even as Treasuries hold on to most of their two-week surge.

Elsewhere, China was planning a record sale of sovereign bonds in dollars, with a potential $6 billion offering, according to people familiar with the discussions. West Texas-grade oil futures drifted higher. Bitcoin dropped as much as 11% before paring the decline.

--Reserve Bank of Australia Governor Philip Lowe will give a speech on unconventional monetary policy on Tuesday evening in Sydney.

--U.S. consumer spending data is due Wednesday, along with GDP, jobless claims and durable goods.

--The U.S. celebrates Thanksgiving on Thursday, when equity and bond markets will be shut.

--The Dow Jones Industrial Average advanced 0.7% to 28,065.39, the highest on record with the biggest gain in more than a week.

--The Nasdaq Composite index surged 1.3% to 8,632.49, the highest on record with the largest jump in more than six weeks.

--The Bloomberg Dollar Spot index was little changed at 1,207.43, hitting the highest in six weeks with its fifth straight advance.

--The Japanese yen depreciated 0.3% to 108.94 per dollar, the weakest in almost two weeks on the largest fall in more than a week.

--The yield on two-year Treasuries declined one basis point to 1.62%.