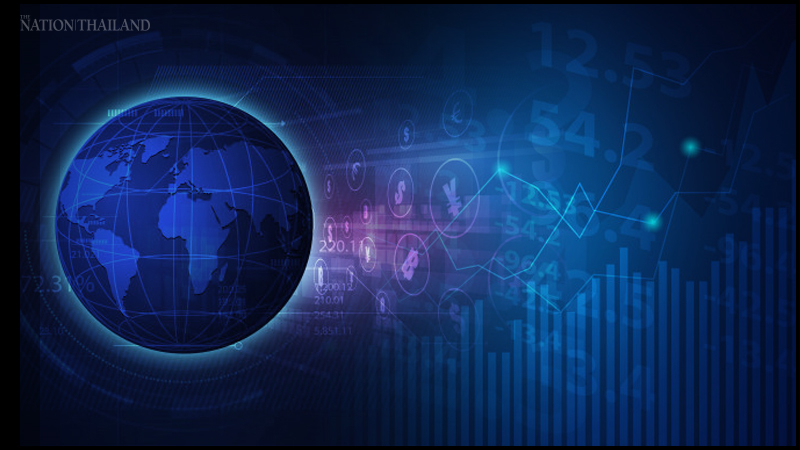 U.S. stocks dropped from record highs in the wake of lower European and Asian equities, rounding out a lackluster finale to the third straight month of gains for global benchmarks. The dollar strengthened.

The S&P 500, Nasdaq 100 and Dow Jones Industrial Average all finished lower as trading resumed on Wall Street after the Thanksgiving break. Shares of energy and consumer discretionary goods companies were the biggest decliners, with overall trading volume about 30% below the 30-day average. The Stoxx Europe 600 Index slumped, while Asian shares closed lower.

Treasuries were mixed as they returned to trading post-holiday. The dollar posted a ninth straight session of gains, the longest winning streak since January 2016. U.S. equity markets closed at 1 p.m. New York time, while bond trading is slated to end an hour later.

"It looks like it will be a lazy day with the U.S. half day of trading," said Didier Anthamatten, senior portfolio manager at Unigestion. "Very low liquidity and most of the traders digesting the turkey."

Investors are hungry for evidence of progress on a Sino-U.S. trade deal, with the next batch of American tariffs on Chinese goods due to begin Dec. 15 and additional tension building over Hong Kong. China's foreign ministry warned again of unspecified retaliation for President Donald Trump's signing of legislation that expresses support for protesters in Hong Kong.

Elsewhere, West Texas-grade oil traded dropped below $57 a barrel amid signals OPEC and allied crude producers are averse to deepening output cuts when they convene next week. The won closed lower in normal trading hours after the Bank of Korea kept its policy rate unchanged, as expected.

- The MSCI All-Country World Index sank 0.5% to 546.72, the lowest in a week on the largest decrease in more than seven weeks.

- The Bloomberg Dollar Spot Index was little changed at 1,209, the first retreat in more than a week.

- The yield on two-year Treasuries sank two basis points to 1.60%.

- The yield on 10-year Treasuries advanced one basis point to 1.78%, the highest in more than a week.

- West Texas Intermediate crude sank 4.3% to $55.59 a barrel, the lowest in more than a week on the biggest tumble in more than 10 weeks.