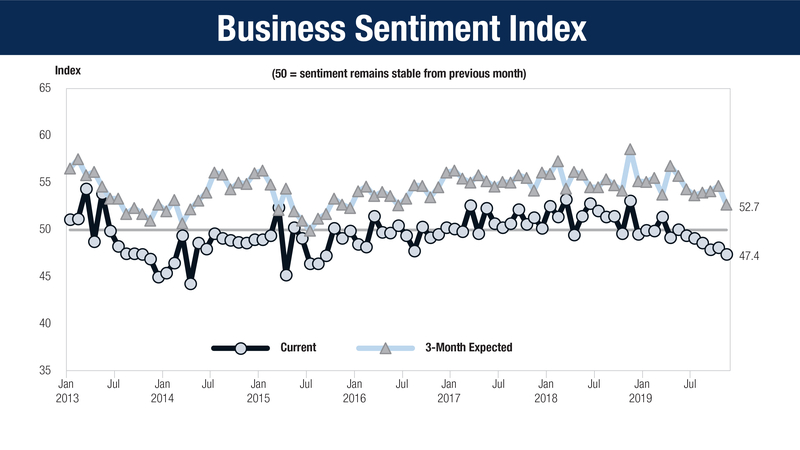 The Business Sentiment Index (BSI) dropped to 47.4 in November 2019, which was below the 50 threshold for eight consecutive months.

The Business Sentiment Index (BSI) dropped to 47.4 in November 2019, which was below the 50 threshold for eight consecutive months due largely to weaker confidence in the manufacturing sector, according to a central bank report on Monday (December 2).

However, the confidence of respondents in the non-manufacturing sector held steady this month, the report said. Their order books and investment sentiment improved slightly, while the positive performance outlook edged down. 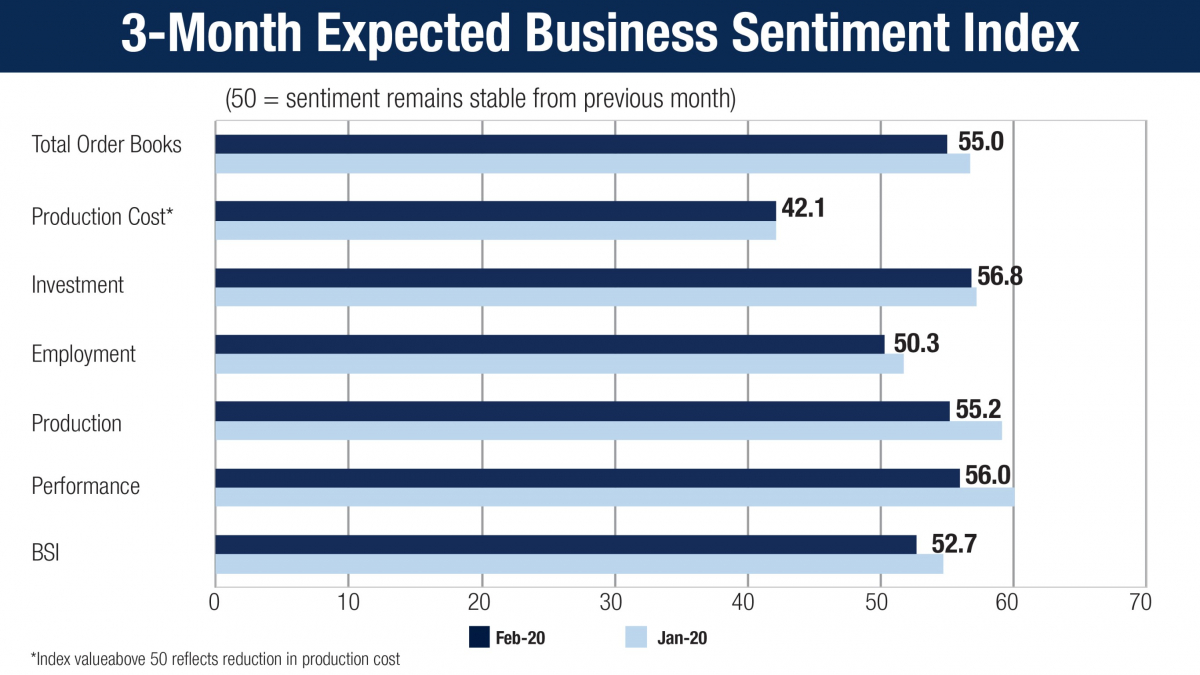 The three-month BSI fell to 52.7 due to a softened positive outlook in almost all sub-indices, especially in production and performance.

In November 2019, the BSI decreased from the previous month to 47.4, mainly driven by a pessimistic view of respondents in the manufacturing sector.

Automotive and petroleum-related sectors showed reductions in production, performance and orders because of a sluggish demand both domestic and external, as well as inconclusive trade negotiations between the US and China. 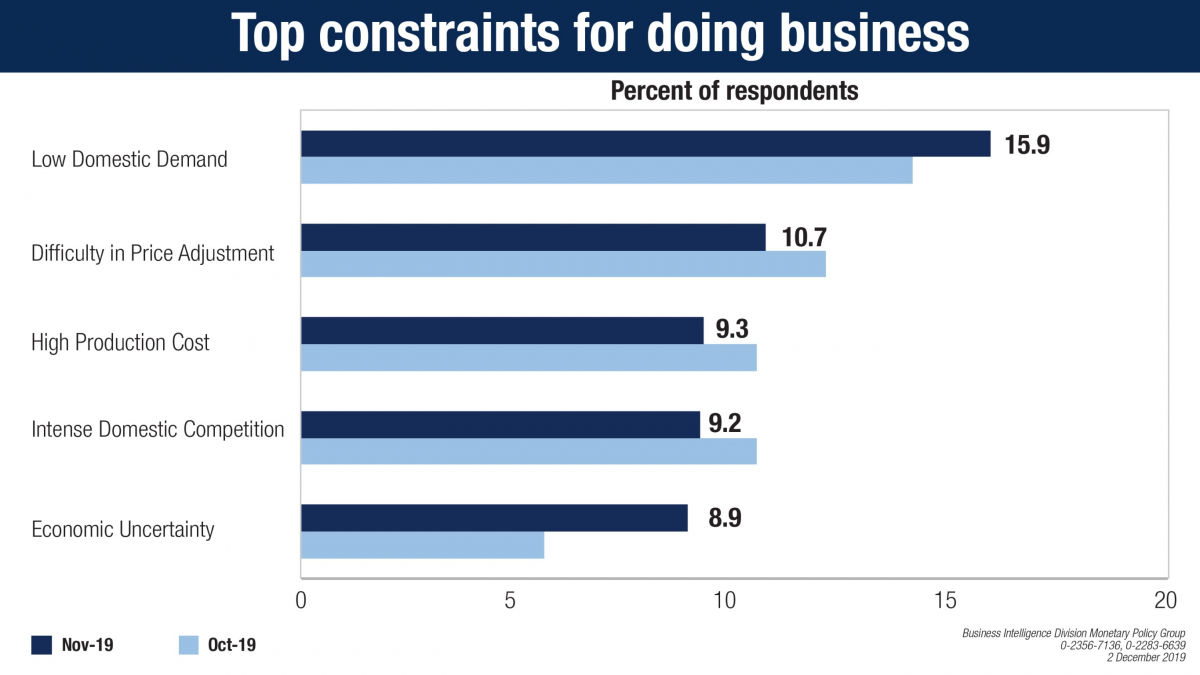 There was also a broad-based decrease in sub-indices, especially for production and performance.

In particular, respondents in the construction and machinery manufacturing sectors were less optimistic on future production and performance, in line with their investment conditions that have not recovered yet.

However, the expected BSI and almost all sub-indices remained above the 50 threshold, indicating that most respondents still expected an economic expansion in the future, the report said.

Weak domestic demand remained the most important constraint in doing business this month, consistent with the persistent deterioration of sentiment in domestic order books for six consecutive months. 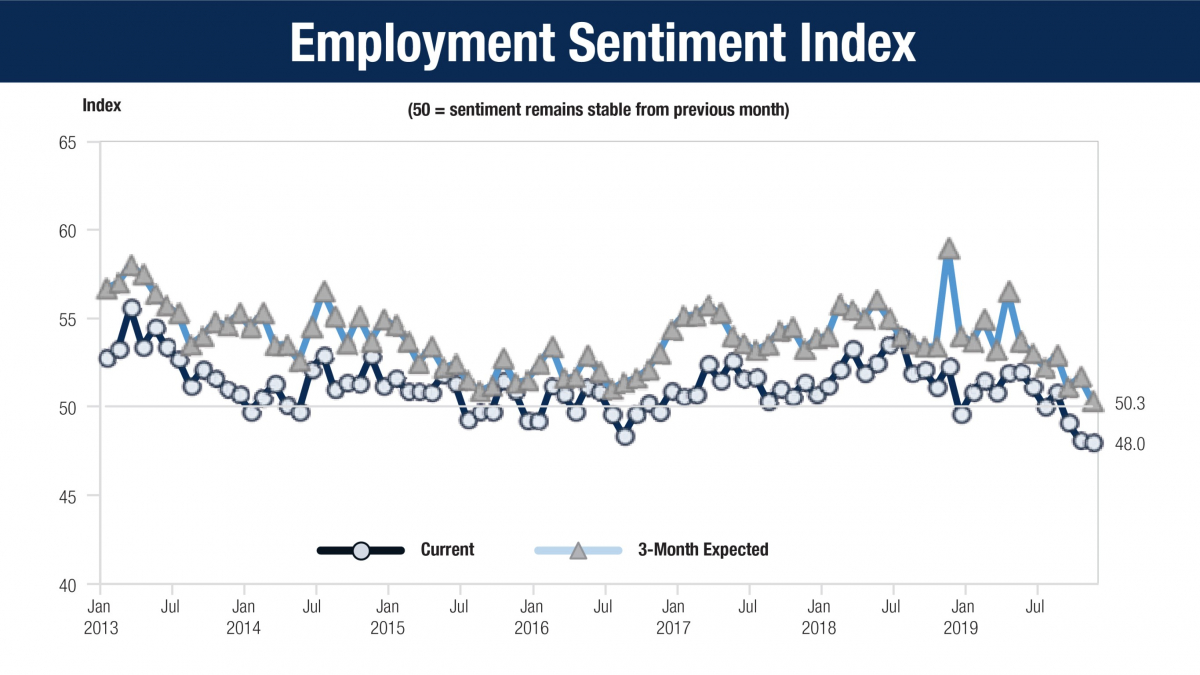 Furthermore, more respondents expressed concern over economic uncertainty, which was also partly reflected by the downtrend of the performance sentiment index as well as the worsened business sentiment in employment over the last three months particularly in the manufacturing sector.

However, expected inflation in the next 12 months remained unchanged at 1.7 per cent, the report added.