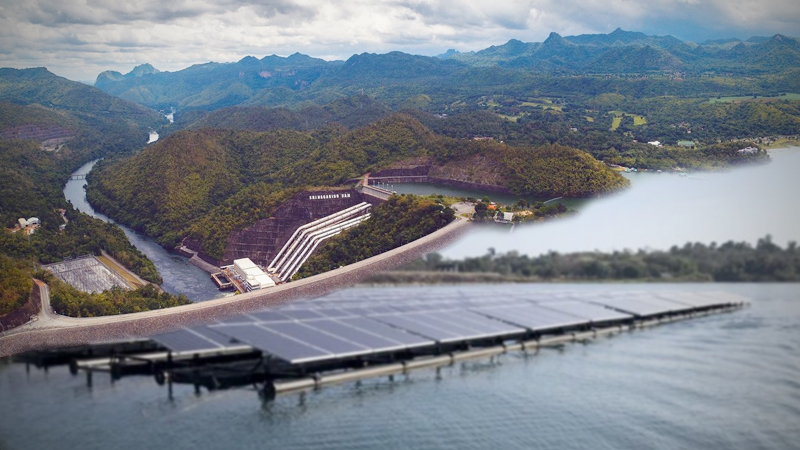 The Electricity Generating Authority of Thailand (Egat) intends to press ahead with the development of a floating solar project in dams, regardless of the ongoing revision of the Power Development Plan (PDP) by the Energy Ministry.

Egat governor Viboon Rerksirathai said that the state agency was assigned to develop 16 floating solar projects at nine dams under the present PDP of 2018-2037.

The development will generate a total 2,725 megawatts.

Egat has already granted an engineering, procurement, construction (EPC) contract to a company to build the project with capacity of 45MW at Sirindhorn Dam.

The state agency has also pressed ahead with the study of the project to build a Floating Storage and Regasification Unit (FSRU) of liquified natural gas (LNG) in the Gulf of Thailand with capacity of 5 million tonnes per year.

The plan is at the stage of public hearings with involved parties.

He added that the ministry had not ordered Egat to shelve the solar project and the FSRU project, despite the ministry's revision of PDP.

Amorn Kansaree, the assistant of the Bhumibol Dam director, said that Egat is also studying the floating solar project at Bhumibol Dam with capacity of 778MW.

If the project is approved by the government, the construction of Phase 1 is expected to begin in 2022.

He added that the cost of electricity generation by the floating solar project at the Bhumibol Dam would not exceed Bt2.40 per unit.