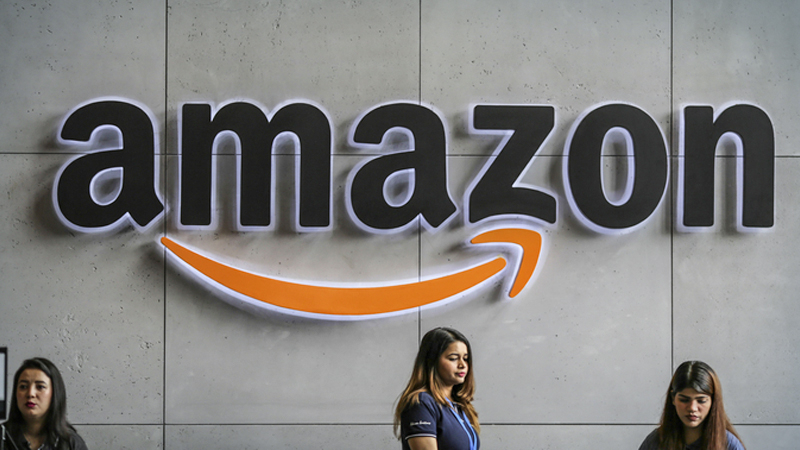 Employees stand near an The Amazon logo in Hyderabad, India, on Sept. 6, 2019. MUST CREDIT: Bloomberg photo by Dhiraj Singh.

Amazon Web Services has developed a more powerful version of its own chips to power services for cloud-computing customers, as well as some of AWS's own programs. AWS Chief Executive Andy Jassy on Tuesday introduced a second-generation chip, called Graviton2, aimed at general-purpose computing tasks. He didn't specify a release date.

The company last year unveiled its first line of Graviton chips, which it said would support new versions of its main EC2 cloud-computing service. Prior to that, Amazon -and other big cloud operators - had almost exclusively used Intel Xeon chips. The company said at the time that the Graviton-backed cloud service would be available at a "significantly lower cost" than existing offerings run on Intel processors.

Intel's chips account for more than 90% of the server chip market and handle most tasks at the biggest cloud providers including Amazon, Microsoft Corp. and Alphabet Inc.'s Google. But these companies are also announcing plans to use Intel's main rival Advanced Micro Devices Inc. AMD has forecast it will top 10% in server processor market share by mid-2020, a target that analysts at Instinet LLC said in a note is achievable.

Jassy said on Tuesday that Intel is "a very close partner," but that to push the envelope on prices, "we had to do some innovating ourselves."

Amazon is using its 2015 acquisition of startup Annapurna Labs, which Jassy called a "a big turning point for us," to design its own chips. The new processor uses technology from SoftBank Group Corp. unit ARM Holdings, a standard that dominates in mobile phones.