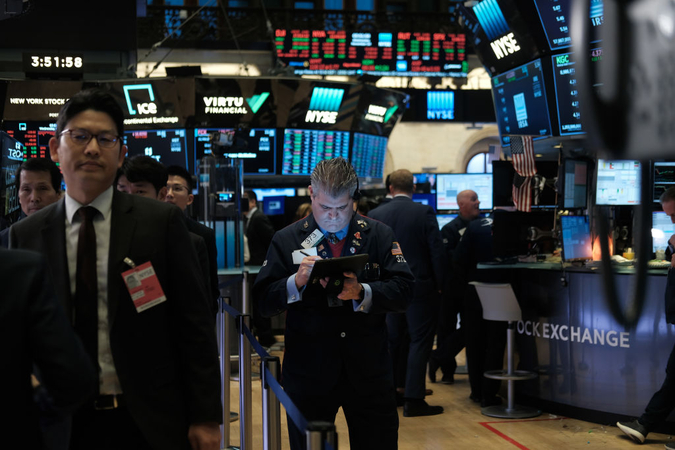 A gauge of U.S. service industries fell more than forecast in November as business activity cooled, though gains in employment and new orders suggest the biggest part of the economy is holding up in the fourth quarter.

The Institute for Supply Management's non-manufacturing index fell to 53.9, according to data released Wednesday that missed the 54.5 median estimate in Bloomberg's survey of economists. The decrease was driven by the weakest reading of business activity since 2010.

The composition of the report showed that declines in components tracking business activity, which parallels the ISM's measure of factory production, and supplier deliveries outweighed the gains in orders and employment. The split suggests demand still has some momentum heading into the end of the year even as overall activity moderates.

The measure of services employment climbed to 55.5, the highest level since July. Other measures of the labor market's performance in November were mixed ahead of Friday's government jobs report.

While ISM's services gauge has held for almost a decade above 50, the line between expansion and contraction, the group's manufacturing gauge has contracted for four straight months. The divergence underscores how the services sector, which makes up most of the economy, has remained a resilient force for the record-long expansion even as factories falter.

New orders for services grew at a faster pace for a second month, lifting the index to 57.1. That helped offset the business activity gauge falling 5.4 points to 51.6.

The report indicates trade tensions and weak global growth continue to weigh on American service providers. Exports rose above 50, but imports contracted for a third-straight month to the lowest level in more than seven years.

A measure of order backlogs contracted for a second month, holding at the lowest level since December 2016, and the gauge of supplier deliveries eased. The prices-paid index rose to 58.5 from 56.6.

ISM's November factory report on Monday showed the index unexpectedly declined to 48.1, near the expansion's low point, amid weaker orders and subdued production.