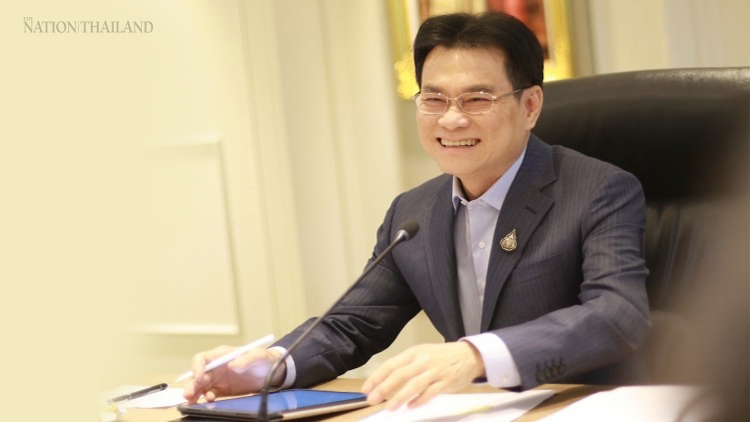 Deputy Prime Minister and Commerce Minister Jurin Laksanawisit said on Wednesday (December 4) that his ministry has held discussions with the Thai Chamber of Commerce, the Federation of Thai Industries and representatives from the private sector, asking them to accelerate the export of products that fall under the MoUs with foreign trade partners signed by Thailand earlier this year during business matching trips.

“To boost exports in the last quarter of 2019, Ministry of Commerce went on several foreign trips to secure trade deals and negotiate with local authorities in an attempt to match Thai entrepreneurs with foreign counterparts,” he said. “We have signed MoUs for the export of Thai products with accumulated value of Bt70.9 billion, and delivery should start this month and continue through early 2020.”

Jurin added that major Thai entrepreneurs participating in these deals include CP Group, who agreed to export additional 10,000 tonnes of its products on top of its regular December export volume of 40,000 tonnes. “Meanwhile, the Thai Chamber of Commerce and Federation of Thai Industries will negotiate with 2 electronics manufacturing giants, namely Western Digital and Seagate Technology to increase their export volume in early 2020 as well,” he said.

“As for the automotive sector, Toyota has informed me that they will add 1,000 units to the December export volume while Honda will increase its export of hybrid cars next year,” he said. “PTT also agreed to export more as the government’s measures to promote use of alternative energy have resulted in more oil in reserve.”

Meanwhile, Thai Chamber of Commerce vice president Sanan Ang-Ubolkul said that Thai exports in 2019 had suffered greatly from the impacts of trade disputes and the appreciation of the Baht, making it a challenge to boost exports at year end. “This year we estimate that exports will shrink by 2.5 per cent with a total volume of US$246.2 billion,” he said. “2020 may see only 1 per cent growth at a total $250 billion, depending on how well the government handles the Baht appreciation problem, which is the top threat to Thai exports.”