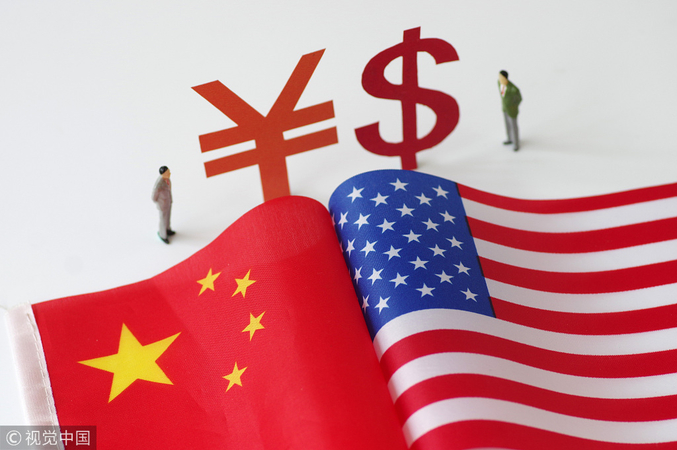 Stocks rose and bonds fell on speculation the U.S. and China will reach a deal that avoids tariffs due to take hold in 11 days.

The S&P 500 index halted a three-day slide after Bloomberg News reported negotiators are getting near an agreement on the amount of tariff relief in a phase-one accord between the world's two largest economies. President Donald Trump said discussions with China are going very well, just a day after downplaying the urgency of a deal. Treasury 10-year yields climbed, following the biggest decline since August. The dollar dropped. Oil surged.

Investors are watching for any signs of progress in talks between Washington and Beijing as worries increase that Trump may slap more tariffs on China this month. A flood of trade news has whipsawed global markets, with the U.S. also threatening levies on France after hitting steel from Brazil and Argentina. American equities reached record highs in November, driven in part by optimism that at least an initial trade deal was in the offing.

"You wake up every single day and see that the number one thing that's dictating markets is trade," said Matt Miskin, co-chief investment strategist at John Hancock Investment Management. "If those tariffs are avoided, then the recent gains in the market will likely hold."

- PG&E Corp. soared as the company was said to be close to a $13.5 billion deal with wildfire victims.

- Peloton Interactive Inc. tumbled as a report said it lowered the price of its digital subscription app for workouts in an effort to appeal to more users.

Elsewhere, oil rallied as Energy Information Administration data showed U.S. crude inventories fell more than expected. The British pound touched the highest against the euro since May 2017 as traders stepped up bets on a win for the Conservatives in next week's election.

- Saudi Aramco's initial public offering is scheduled to be priced on Thursday, with Riyadh looking to raise more than $25 billion.

- Friday brings the U.S. jobs report, where estimates are for non-farm payrolls to rise by 190,000 in November.

- The yield on 10-year Treasuries increased six basis points to 1.78%.