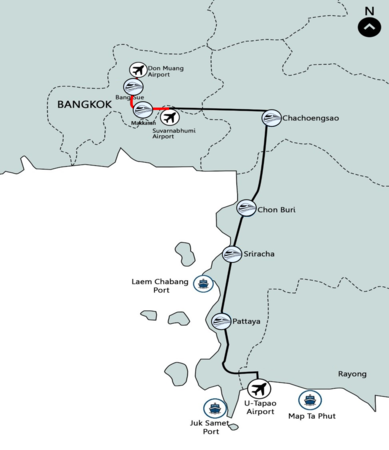 The Eastern Economic Corridor Policy Committee on Friday (December 6) gave the nod to the establishment of a committee to regulate the high-speed train project linking three international airports.

A second new committee will also be set up to manage the contract for this project, Kanit Sangsubhan, the committee's secretary general, said, adding that this was in line with the proposals of the EEC management panel chaired by Finance Minister Uttama Savanayana.

The EEC committee also appointed a panel to study and draw up the plan to establish the waste-driven power plants in the EEC and the power purchase plan. The panel consists of representatives from the Interior Ministry, Energy Ministry, PTT Global Power Synergy (GPSC). It will have to submit the progress of the study within next three months.

The plants are expected to be completely set up in next few years.