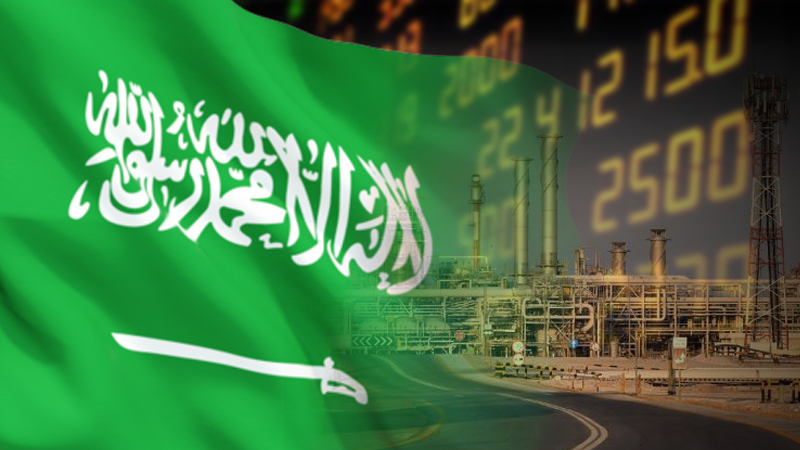 Saudi Aramco's world-beating initial public offering is a watershed moment for a business that's bankrolled the kingdom and its rulers for decades. The world's largest public company will now trade in Riyadh and not New York.

Less clear is how far it will help overhaul the economy of the world's biggest oil exporter.

First floated by Crown Prince Mohammed bin Salman in 2016 with an ambition to raise as much as $100 billion, the share sale was touted as part of a blueprint for life after oil. Saudi Arabia would raise funds off its biggest asset, and use them to develop new industries.

But after global investors balked at hopes to value the company at $2 trillion, the final deal was not quite what the prince had envisaged. Aramco offered just 1.5% of its shares and opted for a local listing, relying almost entirely on Saudi and regional investors.

And while proceeds of $25.6 billion exceed the 2014 IPO of Chinese internet giant Alibaba Group Holding, it's unlikely to be a game-changer for the $780 billion economy.

"It's difficult to see how this level of subscription can be repeated to raise the sort of revenue required by Vision 2030," said Bill Farren-Price, a consultant at RS Energy Group. "And Saudi economic diversification will need a lot more of that."

The sale is the first major disposal of state assets under a plan to empower the private sector and attract foreign direct investment, which has tumbled since oil prices crashed in 2014.

"It does provide ammunition to support investments as they move into the main construction phase, but by itself it's not enough," said Monica Malik, chief economist at Abu Dhabi Commercial Bank and a longtime Saudi watcher. "The quality of spending remains critical -- how much will be spent domestically, how effectively it will be deployed."

The proceeds will be transferred to the Public Investment Fund, which has made a number of bold investments, plowing $45 billion into SoftBank Group Corp.'s Vision Fund, taking a $3.5 billion stake in Uber Technologies Inc.

At home, the sovereign wealth fund is financing mega projects to develop tourist hubs along the Red Sea and elsewhere.

But the fund has also been criticized for elbowing out private businesses in smaller projects. Plans for a $500 billion futuristic city announced in 2017 have raised concerns that the prince may end up sinking more cash into vanity ventures.

Funds from the IPO "should be invested, in domestic projects, with a large local content, while avoiding white elephants," according to Ziad Daoud, chief Middle East economist at Bloomberg Economics.

"The government's recent spending pattern has failed to live up to these criteria. It has cut investment, increased current spending and shown a continued penchant for mega-projects," he wrote last month.

Still, pulling off the deal can help the prince get his ambitious plan for the economy back on track after setbacks at home, including the backlash against his purge of the elite, and abroad by the outrage over the murder of columnist Jamal Khashoggi and the war in Yemen.

The kingdom's richest families, some of whom had members detained in Riyadh's Ritz-Carlton hotel during a so-called corruption crackdown in 2017, are expected to have made significant contributions.

The state-owned oil giant set the final price of its shares at 32 riyals ($8.53), valuing the world's most profitable company at $1.7 trillion. It received total bids of $119 billion.

Aramco will become the world's most valuable publicly traded company once it starts trading, overtaking Microsoft and Apple.

The deal opens up one of the world's most secretive companies that, until this year, had never published financial statements or borrowed in international debt markets.

It will also mean the company now has shareholders other than the Saudi government for the first time since it was fully nationalized in 1980.

Saudi Arabia pulled out all the stops to ensure the IPO got done. It cut the tax rate for Aramco three times, promised the world's largest dividend and offered bonus shares for retail investors who keep hold of the stock.

Goldman Sachs, acting as share stabilizing manager, has the right to exercise a so-called greenshoe option of 450 million shares. The purchase option can be executed in whole or in part at any time on or before 30 calendar days after the trading debut. It could raise the IPO proceeds to $29.4 billion.