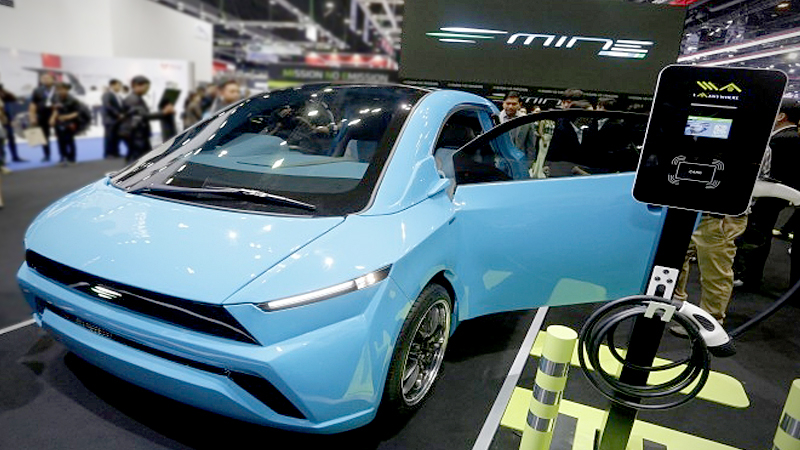 The Office of the Energy Regulatory Commission (ERC) will conduct a study on the appropriate fee for an electric car charging service at charging stations.

This is in response to an order issued by the Energy Policy Administration Committee on December 4.

ERC deputy secretary-general Khomgrich Tantravanich explained that charging station operators were keen for the government to set new and higher fee rates to make their business more commercially viable as currently only a small number of electric vehicles (EV) are using the service.

The operators have proposed that the government determine the higher rate to make it worthwhile for them to continue business expansion, he added.

The current rate is based on a time of use (TOU) basis, which sees the charging fee varying according to the peak time from 9am to 10pm on weekdays to the off-peak time after 10pm on weekdays and during weekends.

The charging fee at peak time and off peak is Bt4.10 per unit and Bt2.60 per unit, respectively.

The administration committee has also approved the ERC’s proposal to solve the problem of 14 renewable power plants which failed to start operation on the commercial dates due to uncontrolled factors.

The ERC proposed that the administration committee put off the dates of the commercial operations for these plants on a case-by case-basis. This proposal will also need approval from the National Energy Policy Committee.

These renewable power plants have a total capacity of 300 megawatts. Construction is almost complete on most of them but several will not probably not be finished until 2021. One reason for the delay has been cited as the time needed to reach an understanding with communities where the plants will be located.

If they fail to start operation on time, their licences will be terminated.