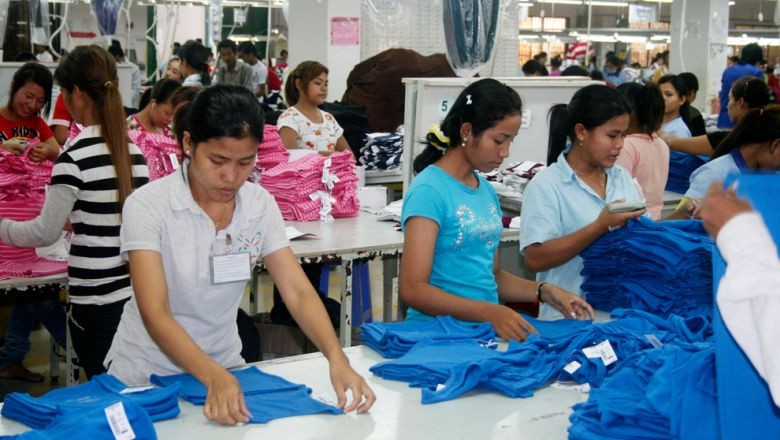 The Kingdom’s garment and footwear sectors would gain a new market if an FTA is signed, Garment Manufacturers Association in Cambodia secretary-general Ken Loo said on Thursday. POST PIX

As the government moves to a Free Trade Agreement (FTA) with the Eurasian Economic Union (EAEU), garment and rice industry insiders expect the new trade corridor to diversify the Kingdom’s export market.

The Ministry of Commerce on Wednesday released a report on the results of its assessment of a potential FTA deal between Cambodia and the EAEU.

Garment Manufacturers Association in Cambodia secretary-general Ken Loo told The Post on Thursday that the Kingdom’s garment and footwear sectors would gain a new market if an FTA is signed.

“We will have duty-free access to exports, but we don’t know when we’ll reach the FTA. That is all I can say,” he said.

Cambodia Rice Federation vice-president Chan Sokheang said the agreement will boost the competitiveness of the Kingdom’s export-rice processing industry among its neighbours.

“Our export market will grow further and will not rely on just the European and Chinese markets. We have to open up more markets.

“Today, our premium varieties of rice are in very fierce competition with those of our neighbouring countries. The agreement will allow us to boost our competitiveness,” he said.

Speaking at the report launch ceremony, Minister of Commerce Pan Sorasak said the benefits of the FTA noted in the study include industrial diversification and expansion of financial services, transport, digital economy and agricultural services.

“An FTA will enable the two parties to increase economic cooperation, trade in goods, services and investment.

“We expect to increase trade and investment opportunities and mutual investment. Cambodia can increase its garments and textiles exports, agricultural products and other goods,” he said.

The EAEU is an economic bloc covering Eastern Europe and comprises five countries – Armenia, Belarus, Kazakhstan, Kyrgyzstan and Russia. The bloc has a combined population of 176 million and posted a gross domestic product of $2.5 trillion in 2016, Sorasak said.

Speaking at the Asean Business and Investment Summit last month, Medvedev said as the EAEU had signed an FTA deal with Vietnam in 2015 and with Singapore on October 1, it is currently in talks with “other partners in Asean” about possible FTAs as well, Singapore’s The Straits Times reported.

He also called for joint efforts with Asean to tackle monopolies by high-tech companies to allow a “healthy competition and the introduction of new promising ideas”, The Straits Times said.

Ministry of Commerce secretary of state Tek Reth Kamrong told reporters in March that the EAEU has provided tariff-free access for 46 Cambodian made products for three years due to the Kingdom’s Least Developed Countries (LDC) classification.

Though preferential status will last until Cambodia has graduated from its LDC rank, Reth Kamrong said the negotiation for an FTA deal with the bloc is a good initiative.

Garment, textile and footwear industry exports rose 13.18 per cent year-on-year during the first nine months of this year to more than $7.973 billion, data from the General Department of Customs and Excise shows.