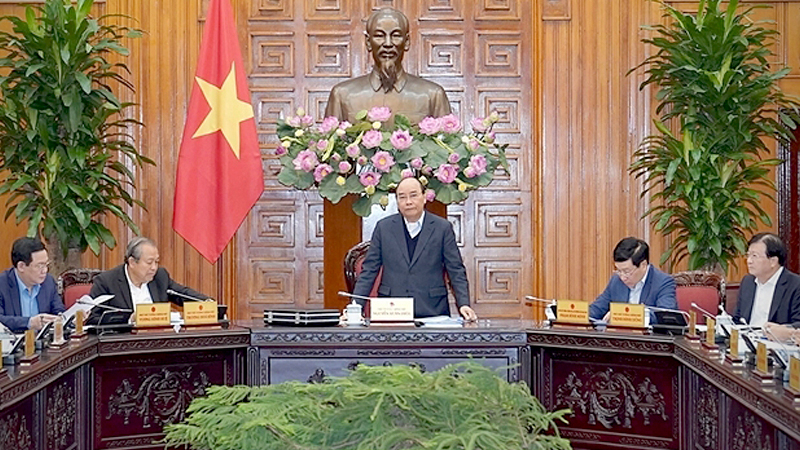 Hanoi — Trade co-operation was the highlight of Vietnam-Laos relations in the first ten months of the year, with revenue reaching US$940 million.

The figure was unveiled at a meeting of permanent cabinet members in Hanoi on Saturday under the chair of Prime Minister Nguyen Xuan Phuc.

Vietnam has committed to providing VNĐ3.25 trillion ($139.8 million) in non-refundable aid for Laos from 2016-20, including VNĐ707 billion in the 2019 fiscal year, up 18.4 per cent against the previous year, aiming to help the neighbouring country implement infrastructure projects in transport, energy, personnel training and social welfare.

In early 2019, Vietnam provided 300 tonnes of seeds for Laos to support locals hit by natural disasters.

Over 1,000 scholarships have been granted to Lao students, and Vietnam has also dispatched teachers to Laos and financed Vietnamese language teaching courses in the country.

This year, five Vietnamese-funded projects have been completed in Laos and two others have been launched.

At the meeting, cabinet members also pointed out slow capital disbursement of these projects, along with bottlenecks in procedures.

The PM and cabinet members called for efforts to remove these difficulties to speed up the implementation of the work and prepare for the meeting of the Vietnam-Laos Inter-Governmental Committee slated for January 2020.

The same day, a Vietnam – Lao conference was held in the central province of Nghe An to seeks ways to continue nurturing the bilateral relations and friendship and to share experiences in the ethnic work between the two countries.

With the participation of more than 300 delegates from Vietnam – Laos bordering provinces, the event is a chance for them to analyse deeply and comprehensively the issues on the role of the political systems and ethnic minority communities along the border line in nurturing the tradition of the great relations between the two neighbouring countries.

Speaking at the function, Politburo member and Permanent Deputy Prime Minister Truong Hoa Binh stressed that the conference is another chance for the two countries to further strengthen the ties between them as well as the closeness between the ethnic groups living along the sides of the Trường Sơn mountain range.

For his part, Politburo member and President of the Central Committee of the Lao Front for National Construction Saysomphone Phomvihane held that the traditional and long-lasting solidarity and friendship between the two countries have become an exemplary and rare model in the international relations in the current context of the changing world.

Presentations at the conference touched upon the poverty easing and sustainable development in mountainous and ethnic minority areas, lessons on preservation and bringing into full play traditional cultural values of the ethnic minority communities along the Vietnam – Laos border line, and experiences in the building of the unity among those communities in the context of international integration.

Earlier, the Lao delegation offered incense at the Vietnam – Laos international cemetery in Nghe An Province for over 11,000 Vietnamese voluntary soldiers and military experts who laid down their lives in Laos. — VNS