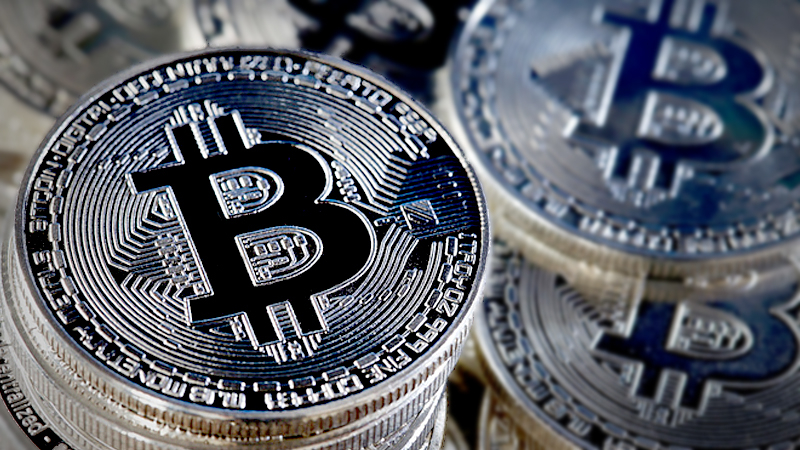 Bitcoin Virtual Currency : Illustration PARIS, FRANCE - JUNE 25: In this photo illustration, a visual representation of the digital Cryptocurrency, Bitcoin is displayed on June 25, 2019 in Paris, France. Bitcoin surpassed the 11,000 dollar mark Monday, Facebook's arrival on the cryptocurrency market with Libra has boosted global interest around the various currencies in circulation. Bitcoin has reached its highest level since March 5, 2018. (Photo by Chesnot/Getty Images)

With bitcoin's wild price swings subsiding over the past week, investors are now looking ahead to its next potential breakout.

Bitcoin's price has stabilized above its support level of the initial gap created on May 10, potentially marking a bottom for the largest cryptocurrency around $6,500. However, the coin continues to move in the bearish pattern it formed in late June when it reached this year's high of $13,851. Bitcoin would need to break out of this downtrend in order to regain positive momentum.

"Breaching resistance should be a matter of time," Mike McGlone, an analyst with Bloomberg Intelligence, wrote in a note this month. Increasing adoption and its limited supply could push its price higher in 2020 and over the next decade, he said. "The maturation process should continue, notably as volatility declines."

Cryptocurrencies have had a volatile year, with prices swinging wildly over news that Facebook is working on its own stablecoin. Officials from the Department of the Treasury to the Federal Reserve have spoken out against the project and digital assets in general as news of widespread fraud and hacks continues to plague the market. But many analysts see potential in cryptocurrencies to change the digital finance landscape over the next decade.

Deutsche Bank's Marion Laboure says a number of new cryptocurrencies could unexpectedly emerge and could become "the best tools for a digital war" in the decade ahead.

"The question is which country will take advantage of being the first to obtain licenses and build alliances," Laboure wrote in a recent note titled "Cryptocurrencies: the 21st century cash." As that happens, "the line between cryptocurrencies, financial institutions, and public & private sectors may become blurred."

Bitcoin rose as much as 1.7% on Monday to trade around $7,521 and is on track for its third day of gains. Peer coins, including Ether and Litecoin also rose.