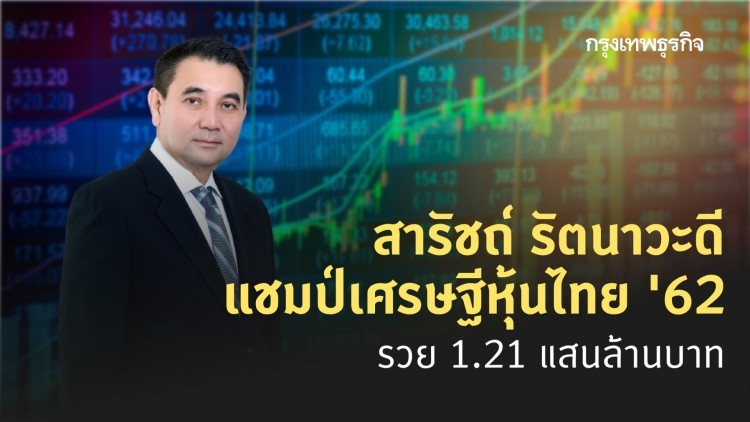 Sarath Ratanavadi, chief executive officer of Gulf Energy Development (Gulf), is the richest businessman on the Thai stock market, moving up from second place last year, according to the annual rankings by Money & Banking magazine and Chulalongkorn University's Faculty of Commerce and Accountancy.

The rankings are based on the major shareholdings of 7,626 individuals who own more than 0.5 per cent of listed companies' securities as of September 30.

During the ranking period, Sarath had publicly listed shares worth Bt120.960 billion, up 109.84 per cent from the previous year.

Sarath is a major Gulf shareholder with a 35.44 per cent stake.

Gulf launched its initial public offering in the Stock Exchange of Thailand (SET) at Bt45 per share almost two years ago. The share price surged to close at Bt160 as of September this year.

The second richest businessman on the SET this year is Prasert Prasarttong-Osoth, founder of Bangkok Dusit Medical Services Plc and Bangkok Airways Plc, with total publicly listed shareholdings worth Bt66.110 billion, down 14.29 per cent.

Prasert had been the richest businessman on the SET for six consecutive years during 2013-2018.

The third richest businessman is Niti Osathanugrah with total shareholding value of Bt48.613 billion, up 52.08 per cent from last year.

He has moved up from seventh place last year. Currently Niti owns 16.28 per cent shares of Osotspa Plc.

Keeree Kanjanapas, chairman of BTS Group Holdings Plc, was at fourth place, up from ninth place last year. His total shares were worth Bt43.080 billion, up 51.84 per cent.

The sixth richest businessman is Vonnarat Tangkaravakoon, director of TOA Paints (Thailand). His overall stock vlaue was Bt41.055 billion, up 495.60 per cent.

Pete Bodharamik, former chief executive officer of telecom firm Jasmine International Plc, slid to the ninth place from the eighth last year and with holdings of Bt32.596 billion, up 12.72 per cent.

Land and Houses Plc major shareholder Anant Asavabhokhin slid to 10th place from sixth last year. His holdings were Bt27.469 billion, down by 16.51 per cent. 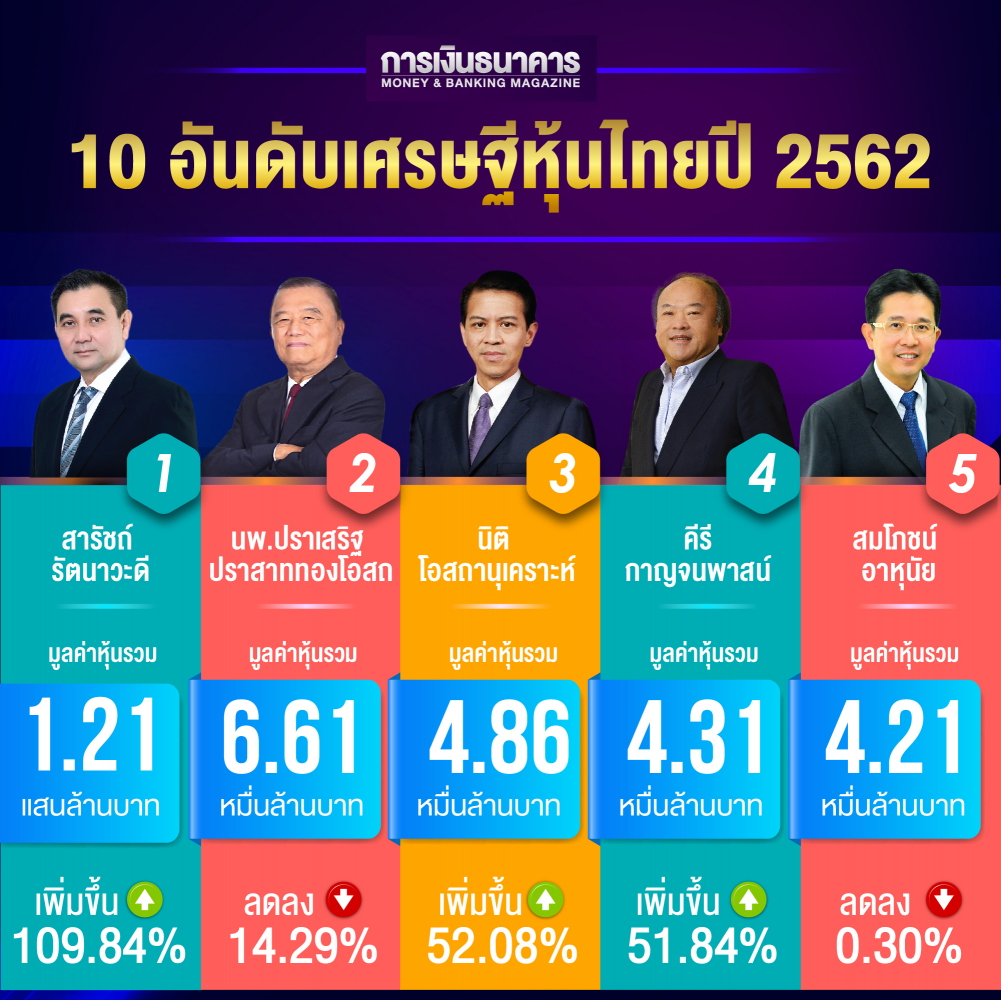 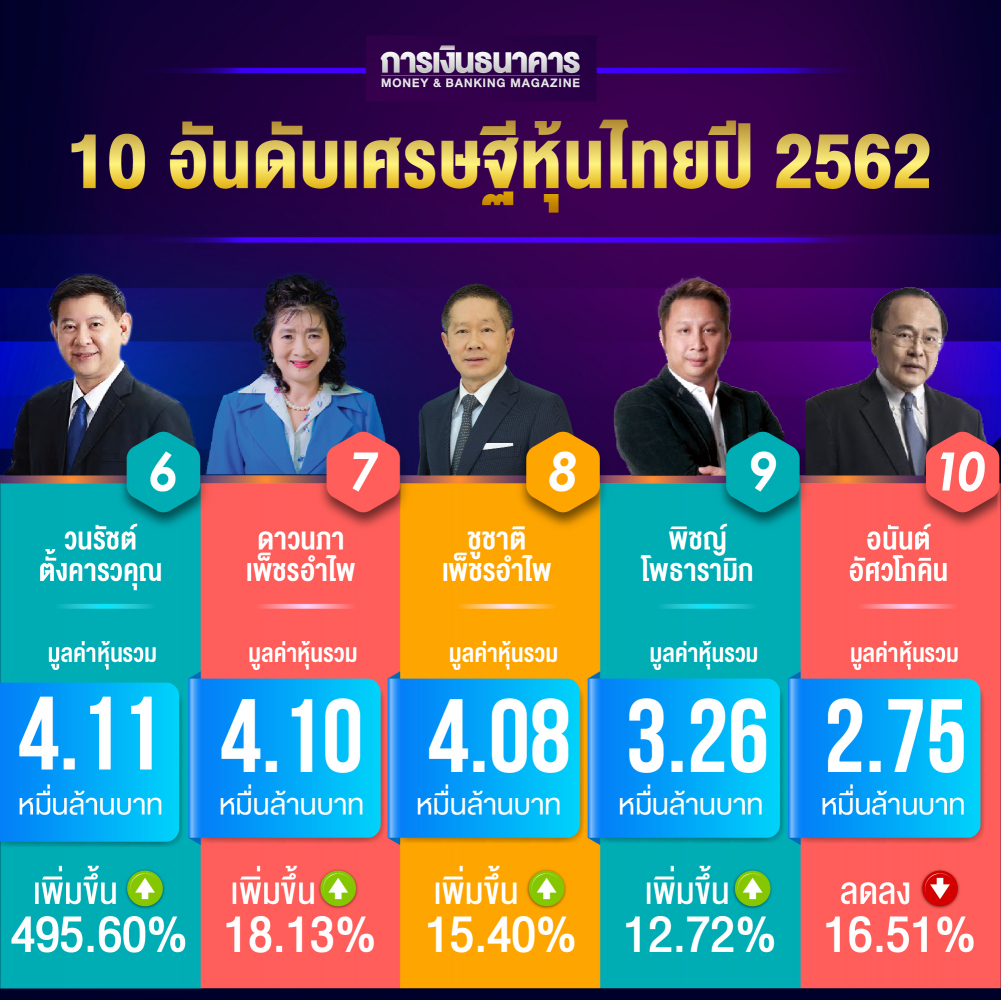