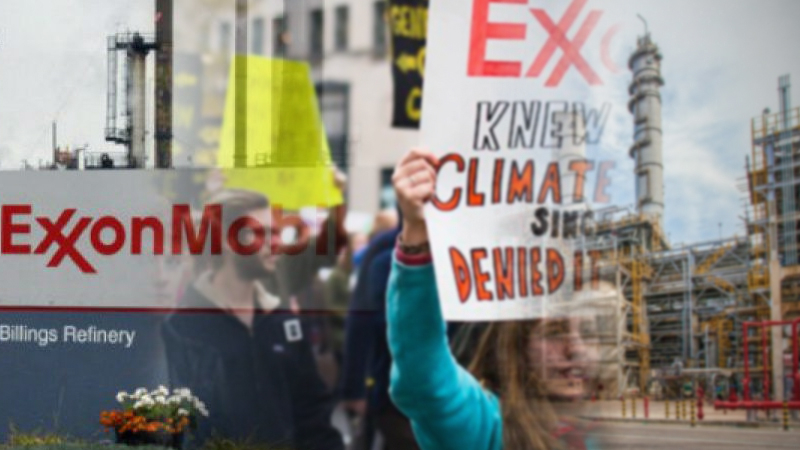 ExxonMobil just beat the state of New York in a closely-watched climate fraud case. But other state and local governments suing the oil and natural gas company say they remain confident they can still prevail in their own legal fights.

The nation's largest energy company successfully fended off claims Tuesday by New York that it misled investors for years in how it calculated the financial risks of climate change. The high-profile trial marked the culmination of a four-year-old probe under three top prosecutors in New York.

But Exxon is not yet in the clear. Congress too gridlocked to pass major climate legislation, other left-leaning cities and states have also turned to the courts to hold oil companies accountable for their role in climate change - and are making their cases on arguments different than those brought in New York.

"The New York suit was based on one specific alleged violation of a statute that is peculiar to New York," said Michael Gerrard, a professor of environmental law at Columbia Law School. "That theory didn't fly. But it has little bearing on the wide variety of other legal theories that are being deployed in climate change cases."

New York Supreme Court Judge Barry Ostrager ruled that the state failed to show that the oil giant broke state securities laws when describing to shareholders how it analyzed the effect of future greenhouse gas regulations on the company's bottom line, Steven Mufson and I reported.

During a 12-day trial this fall, the state tried to wield a powerful anti-fraud state law, called the Martin Act, that does not require prosecutors to prove that a company intended to deceive investors. The office of New York Attorney General Letitia James, a Democrat, tried to show the company lied to investors by keeping two sets of books - one public, one private - for estimating the cost of complying with future climate regulations.

But even with that relatively low bar, Ostrager found New York's allegations "to be without merit" and the use of the state's securities law to be a stretch. Ostrager found that Exxon had been transparent about the two different ways it calculated those costs and that New York had failed to show that "any reasonable investor" would have been misled.

Taking heed of that ruling is Massachusetts Attorney General Maura Healey, a Democrat who brought a similar suit against Exxon in October. Her office, like New York, says Exxon misled with its use of so-called "proxy costs" for carbon.

But that is not the only claim Massachusetts is making. The state is also suing Exxon for misrepresenting the environmental benefits of some of its gasoline and motor oil products and for failing to disclose the risks of climate change caused by burning fossil fuels.

Chloe Gotsis, a spokeswoman for Healey's office, said Massachusetts is not daunted by the ruling from New York since its claims relate to advertising, and not just cost estimates for complying with regulation.

"We will continue our work to hold the company accountable for its misrepresentations," she said.

Andrew Logan, director of the oil and gas program at Ceres, a non-profit group of environmentalists and investors, said the emphasis on consumers and misinforming the general public in the Massachusetts case would avoid the need to find harm to a "reasonable investor."

"These cases will get easier to prove unfortunately as climate change gets worse," Logan said. "But if you wait long enough for damage to be obvious, you miss the opportunity to prevent it in the first place."

Perhaps even more concerning to Exxon and other oil companies is the slew of other local governments seeking compensation from them for the damage rising temperatures have already wrought to drought-plagued farmers and beachfront businesses.

Prosecutors in Baltimore, Rhode Island, San Francisco and Oakland, as well as coalitions of communities in the mountains of Colorado and along the coast of California, have brought lawsuits in state court claiming various oil companies have created a "public nuisance" - a charge more typically brought against a noisy neighbor - for the heat-trapping pollution their products have put into the atmosphere.

Those cases are still winding their way through the court system, and there are still a number of hurdles litigants need to leap. Federal judges are still sorting out whether the claims should be heard at the state or federal level. Oil firms have sought to move the cases to the federal court system since the Supreme Court has ruled in favor of industry in a 2011 public nuisance suit.

But the ruling out of New York shouldn't be one of those barriers, said David Bookbinder, chief counsel at the Niskanen Center, a think tank in Washington, since the public nuisance cases rely on a different set of laws.

"It has zero relevance to those cases," said Bookbinder, who is representing the three local governments in Colorado in their suit against Exxon and Suncor Energy, a Canadian oil company.

Last year, Exxon gave $1 million to promote a plan to grant oil companies immunity from climate lawsuits in exchange for passing a tax on carbon emissions, though the group that came up with that plan, Americans for Carbon Dividends, recently backed away from the idea of shielding companies from court cases.