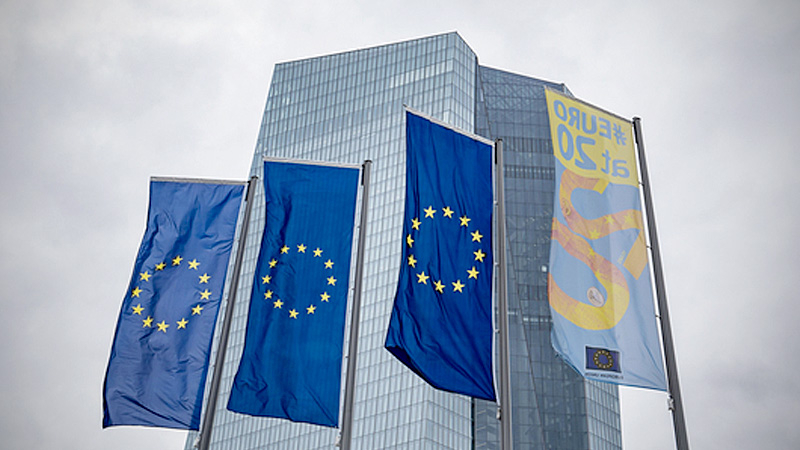 European Central Bank policymakers meeting in Frankfurt this week will discuss the prospect of launching their own digital currency, according to euro-zone officials familiar with the matter.

Governing Council members expect to talk about the topic informally at dinner on Wednesday, a day before their policy meeting under new President Christine Lagarde, the people said, asking not to be named as such deliberations are private. An ECB spokesman declined to comment.

While there's no expectation of an imminent decision, the symbolism of the debate on the eve of Lagarde's first interest-rate decision shows how far she is willing to shake up the ECB by embracing modern-day challenges, as she has with climate change. It's another signal that her upcoming strategic review could augur a radical overhaul of the two-decade-old institution.

Lagarde has long argued that central banks should consider the merits of issuing their own digital currency. In her previous job as head of the International Monetary Fund, she said it could support public goals such as financial inclusion, consumer protection and payment privacy.

The idea has gained momentum in recent years, spurred in part by the rise of cryptocurrencies such as Bitcoin. Facebook Inc.'s plans this year for a global digital currency sparked a backlash among governments, but also fueled the debate that public authorities risk being left behind as consumers turn to private-sector initiatives that skirt the traditional banking system.

The ECB said last week that it'll develop its own digital currency if the private sector can't make cross-border payments faster and cheaper, arguing that technological innovation is quickly transforming how retail payments are made. In a document prepared for the European Parliament, the central bank said it is analyzing the situation and will be ready to respond if needed.

The People's Bank of China is already working on a digital currency and the Bank for International Settlements, a hub for monetary cooperation, published a survey this year showing most central banks are considering the implications of doing so. BIS head Agustin Carstens said last week that they "have a responsibility to be at the cutting edge of the debate."

Bank of England Governor Mark Carney has gone so far as to suggest that a global central bank digital currency might one day replace the dollar as the international reserve currency.

Still, there's also plenty of skepticism. U.S. Treasury Secretary Steven Mnuchin said only last week that he and Federal Reserve Chairman Jerome Powell don't see a need to create a Fed digital currency for at least the next five years. Powell previously told a lawmaker that the Fed is studying the costs and benefits of such a move.

Within the euro zone, the Dutch central bank carried out two cryptocurrency experiments in 2015, finding that drawbacks included industry fragmentation and self-interest among financial incumbents. In 2016, Germany's Bundesbank and the stock exchange tested blockchain -- the technology underlying cryptocurrencies -- for transferring and settling securities and cash, concluding that the process was too expensive and slow.

Bundesbank President Jens Weidmann has said there is no need for a central bank digital currency for the broad public. He warned it could even weaken financial stability, as people might cause a bank run in a crisis by rapidly shifting their cash to the safer home of a central-bank account.