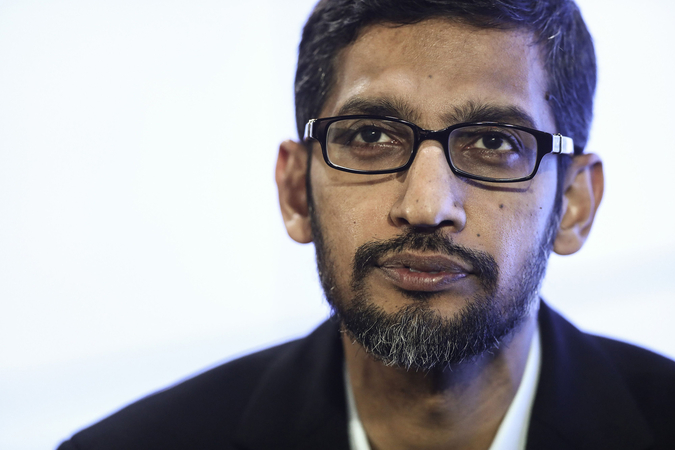 Each morning, workers at Google get an internal newsletter called the "Daily Insider." Kent Walker, Google's top lawyer, set off a firestorm when he argued in the Nov. 14 edition that the 21-year old company had outgrown its policy of allowing workers to access nearly any internal document. 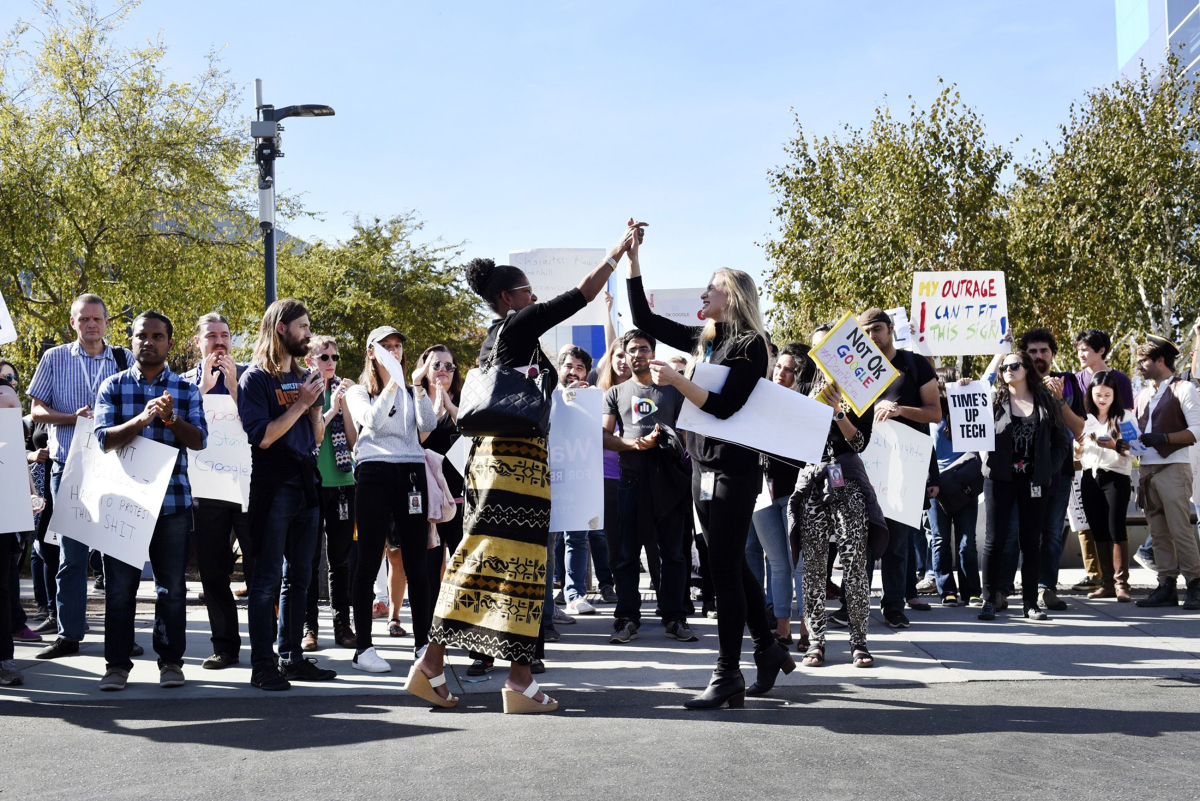 "When we were smaller, we all worked as one team, on one product, and everyone understood how business decisions were made," Walker wrote. "It's harder to give a company of over 100,000 people the full context on everything."

Many large companies have policies restricting access to sensitive information to a "need-to-know" basis. But in some segments of Google's workforce, the reaction to Walker's argument was immediate and harsh. On an internal messaging forum, one employee described the data policy as "a total collapse of Google culture."

An engineering manager posted a lengthy attack on Walker's note, which he called "arrogant and infantilizing." The need-to-know policy "denies us a form of trust and respect that is again an important part of the intrinsic motivation to work here," the manager wrote.

The complaining also spilled into direct action. A group of Google programmers created a tool that allowed employees to choose to alert Walker with an automated email every time they opened any document at all, according to two people with knowledge of the matter. The deluge of notifications was meant as a protest to what they saw as Walker's insistence on controlling the minutiae of their professional lives.

"When it comes to data security policies, we've never intended to prevent employees from sharing technical learnings and information and we are not limiting anyone's ability to raise concerns or debate the company's activities," said a Google spokeswoman in an email. "We have a responsibility to safeguard our user, business and customer information and these activities need to be done in line with our policies on data security."

The actions are just the latest chapter in an internal conflict that has been going on for almost two years. About 20,000 employees walked out last fall over the company's generous treatment of executives accused of sexual harassment, and a handful quit over Google's work on products for the U.S. military and a censored search engine for the Chinese market. Earlier this year, Google hired IRI Consultants, a firm that advises employers on how to combat labor organizing, and it recently fired four employees for violating its policies on accessing sensitive data.

The extent of Google's employee rebellion is hard to measure-the company has tried to portray it as the work of a handful of malcontents from the company's junior ranks. Nor are the company's message boards unilaterally supportive of revolt. "We want to focus on our jobs when we come into the workplace rather than deal with a new cycle of outrage every few days or vote on petitions for or against Google's latest project," wrote one employee on an internal message board viewed by Bloomberg News.

Still, the company seems stuck in a cycle of escalation. Walker's internal critics say his Nov. 14 email is part of a broader erosion of one of Google's most distinctive traits-its extreme internal transparency. The fight also illustrates the lack of trust between Google's leadership and some of its employees, according to interviews with over a dozen current and former employees, as well as internal messages shared with Bloomberg News on the condition it not publish the names of employees who participated.

The conflict comes as Google is changing in other ways, too. On Dec. 3, Sundar Pichai, who took over as Google's chief executive office in 2015, became the head of Alphabet, its parent company. His elevation marks the end of the active involvement of Sergey Brin and Larry Page, who established Google's distinctive culture when they founded the company as Stanford graduate students.

Pichai has at times supported internal activism. He spoke at an employee protest against the Trump administration's immigration policies and apologized to employees for Google's track record on sexual harassment. His executives met repeatedly with critics of the company's military work. Some Google managers began signaling that they're losing patience with internal activism even before the firings, according to one person who worked with them. Executives have not met with dissenting staff leadership in many weeks, according to one of the employees.

While Walker wrote in the "Daily Insider" that organizations have to change as they grow, he simultaneously argued that the policies he described had always existed. "It was that way since the early days of Google, and it's that way now," he wrote. This particularly offended several long-time Googlers, who said on internal message boards that Walker's comments didn't square with their own memories. For some of them, the incident illustrated a broader breakdown in their trust of leadership.

"I want to believe that executive management is saying everything - disclosing the truth, the whole truth and nothing but the truth," said Bruce Hahne, a Google technical project manager. "I don't think we are currently under those conditions."

Hahne, 51, doesn't meet the Google management's profile of internal protestors. He joined the company in 2005, a year after Pichai, partly because he was attracted to its mission to organize the world's information. His disillusionment crept in gradually during the company's myriad controversies. In an online essay, Hahne compared Google to a "rogue machine" that was "originally created for good but whose psyche has turned corrupt and destructive," much like Hal 9000 from the movie 2001: A Space Odyssey. "You don't treat a rogue machine like family," wrote Hahne, "instead you come up with a plan, you disable or dismantle the dysfunctional parts of the machine, and you seek to reprogram the machine to serve its original purpose."

When it was founded two decades ago, Google established an unusual corporate practice. Nearly all of its internal documents were widely available for workers to review. A programmer working on Google search could for instance, dip into the software scaffolding of Google Maps to crib some elegant block of code to fix a bug or replicate a feature. Employees also had access to notes taken during brainstorming sessions, candid project evaluations, computer design documents, and strategic business plans. (The openness doesn't apply to sensitive data such as user information.)

The idea came from open-source software development, where the broader programming community collaborates to create code by making it freely available to anyone with ideas to alter and improve it. The philosophy came with technical advantages. "That interconnected way of working is an integral part of what got Google to where it is now," said John Spong, a software engineer who worked at Google until this July.

Google has flaunted its openness as a recruiting tool and public relations tactic as recently as 2015. "As for transparency, it's part of everything we do," Laszlo Bock, then the head of Google human relations, said in an interview that year. He cited the immediate access staff have to software documentation, and said employees "have an obligation to make their voices heard."

Google's open systems also proved valuable for activists within the company, who have examined its systems for evidence of controversial product developments and then circulated their findings among colleagues. Such investigations have been integral to campaigns against the projects for the Pentagon and China. Some people involved in this research refer to it as "internal journalism."

Management would describe it differently. In November, Google fired four engineers who it said had been carrying out "systematic searches for other employees' materials and work. This includes searching for, accessing, and distributing business information outside the scope of their jobs." The engineers said they were active in an internal campaign against Google's work with the U.S. Customs and Border Protection, and denied violating the company's data security policies.

Rebecca Rivers, one of the fired employees, said she initially logged into Google's intranet, a web portal open to all staff, and typed the terms: "CBP" and "GCP," for Google Cloud Platform. "That's how simple it was," she said. "Anyone could have stumbled onto it easily," she said.

In an internal email describing the firings, Google accused one employee of tracking a colleague's calendar without permission, gathering information about both personal and professional appointments in a way that made the targeted employee feel uncomfortable.

Laurence Berland, one of the employees who was fired recently, acknowledged he had accessed internal calendars, but said they were not private. He used them to confirm his suspicions that the company was "coordinating to spy on" activist employees. Berland, who first joined Google in 2005, added that the company has enforced its rules arbitrarily.

Google declined to identify the four employees it fired, but a company spokeswoman said the person who tracked calendars accessed unauthorized information.

Other employees say they are now afraid to click on certain documents from other teams or departments because they are worried they could later be disciplined for doing so, a fear the company says is unfounded. Some workers have interpreted the policies as an attempt to stifle criticism of particular projects, which they allege amounts to a violation of the company's code of conduct. These employees point to a clause in the code that actively encourages dissent: "Don't be evil, and if you see something that you think isn't right -speak up!"

Workers are "trying to report internally on problematic situations, and in some cases are not being allowed to make that information useful and accessible," said Hahne. There is now a "climate of fear" inside Google offices, he said.

Google's permissive workplace culture became the prime example of Silicon Valley's brand of employment. But transparency is hardly universal. Apple Inc. and Amazon.com Inc. demand that workers operate in rigid silos to keep the details of sensitive projects from leaking to competitors. Engineers building a phone's camera may have no idea what the people building its operating system are doing, and vice versa. Similar restrictions are common at government contractors and other companies working with clients who demand discretion.

The specifics of Google's business operations traditionally haven't required this level of secrecy, but that is changing. Google's cloud business in particular requires it to convince business clients it can handle sensitive data and work on discrete projects. This has brought it more in line with its secrecy-minded competitors. The protests themselves have also inspired new restrictions, as executives have looked to cut off the tools of the activists it argues are operating in bad faith.

Google's leaders have acknowledged the delicacy of adjusting a culture that has entrenched itself over two decades. "Employees today are much, much more active in the governance in the company," Eric Schmidt, Google's former CEO and chair, said at an event at Stanford University in October.

Amy Edmonson, a professor of leadership and management at Harvard Business School, said that Google's idealistic history increases the burden on its executives to bring along reluctant employees as it adopts more conventional corporate practices. "It's just really important that if you're going to do something that is perceived as change that you're going to explain it," she said.

Bock, the company's former HR director who is now CEO of Humu, a workplace software startup, suggested that Google hasn't succeeded here. "Maybe Alphabet is just a different company than it used to be," he wrote in an email to Bloomberg News. "But not everyone's gotten the memo."