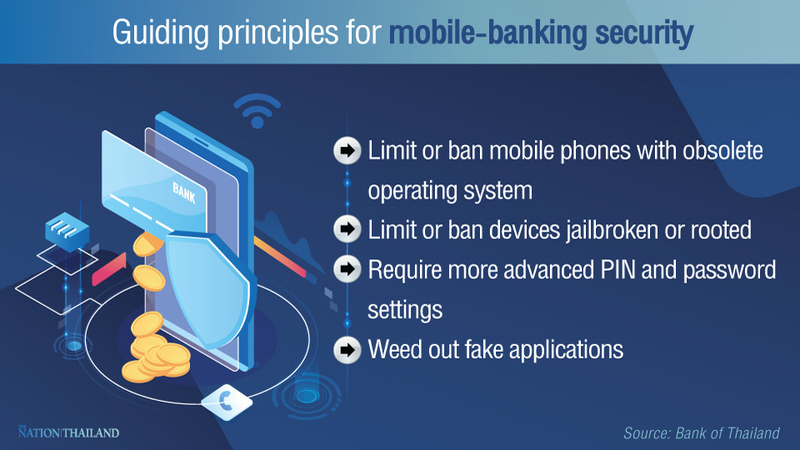 The central bank has issued guiding principles for mobile-banking security, which will not allow obsolete operating systems of smartphones to access banking services.

Mobile phones have become a more-important tool for financial transactions, she said.

However, risks stemming from malwares or fake applications also posed a threat to the system, she warned. Therefore, the central bank will require financial institutions to be more careful about the security of the system.

“Mobile phones run by an obsolete operating system would have limited access to mobile-banking services or could be totally banned in the future; mobile devices that have been jailbroken or rooted would also be prohibited,” she said. The iOS latest operating version is 13.3. Mobile phones run by the obsolete Android system is less than one per cent. An estimated 10,000 mobile phones have been jailbroken and currently are used to access banking services.

Banks would also be required to have more complicated settings for PIN codes and passwords in order to reduce the risk of being hacked.

The central bank would allow banks four months to make the necessary changes before the guiding principles are enforced in May next year, she added.