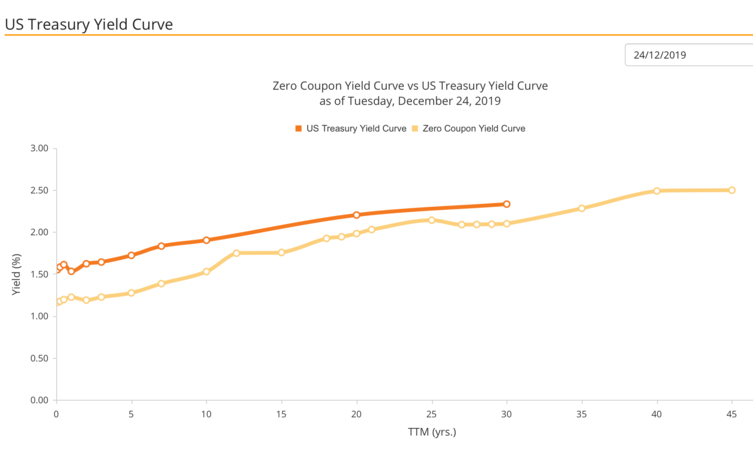 Foreign demand will continue to underpin high-grade debt next year as global investors extend their hunt for higher-paying assets in the face of over $11 trillion of negative-yielding securities around the world, according to market watchers.

"There's simply not enough high-quality income-producing assets to meet the demand," Mark Kiesel, chief investment officer of global credit at Pacific Investment Management Co., said in an interview. "That's the reason that credit did so well this year. It wasn't just the fact that the Fed and other central banks cut rates. The fact is that there's just that much demand."

While hardly anyone expects a repeat of 2019, which has seen blue-chip company bonds return more than 14% -- the most in a decade -- many predict solid single-digit gains from a market they readily admit looks expensive by most conventional measures. That's partly based on the expectation that money managers outside the U.S. will continue to pile in. They've bought $114 billion of bonds on a net basis this year through the third quarter, according to Federal Reserve flow of funds data.

Global central banks have cut interest rates roughly 90 times over the past year, the largest cumulative easing since the financial crisis, according to Canadian Imperial Bank of Commerce data. While the Fed accounted for three of those, taking its policy rate down to a range of 1.5% to 1.75%, that's still higher than much of the rest of the developed world, including Japan and Europe, where rates are near or even below zero.

"It's very hard for the average foreign investor to survive -- we're still at a point now where it's max desperation," said Hans Mikkelsen, head of high-grade credit strategy at Bank of America. "Basically there's only one game in town for foreign investors, and that's the U.S. corporate bond market."

A lower fed funds rate also has its advantages. For one, it tends to make it cheaper for international buyers to protect against the risk of currency fluctuations. Three-month dollar-hedging costs based on forward contracts for euro- and yen-based investors have dropped significantly this year.

And if rates continue to decline, as some forecasters expect, that will almost certainly bolster demand for relatively higher-paying assets such as U.S. investment-grade company debt, market participants say.

The average U.S. investment-grade corporate bond yields 2.87%, or about 1 percentage point more than Treasuries. In Europe, absolute yields on company bonds sit at just 0.47%, similar to the 0.46% that Japanese corporate debt pays.

That's why institutional investors like Japan's Government Pension Investment Fund, the largest of its kind in the world, say they're preparing to buy more bonds outside local markets.

"They are being pushed out of Japan," said Tetsuo Ishihara, a U.S. macro strategist at Mizuho Financial Group Inc.'s fixed-income unit in New York, referring to Japanese institutional investors broadly. "There's nowhere else to go."