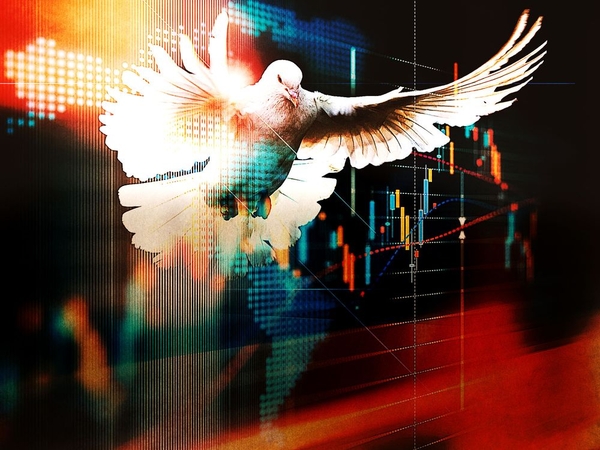 Federal Reserve projections show no interest-rate changes next year but the annual rotation among voters could still influence policy as incoming members include an outspoken dove while two hawks depart.

Minneapolis Fed chief Neel Kashkari, who called vocally for rate cuts during 2019, is the clear dove among the four new voters. He joins alongside Robert Kaplan from Dallas, Philadelphia's Patrick Harker and Loretta Mester from Cleveland. Interest-rate forecasts by Fed officials next year showed 13 expected no change and four penciled in a quarter percentage-point hike, according to the summary of economic projections updated on Dec. 11 -- showing a fairly high degree of unity as the country heads into a U.S. presidential election year.

They replace Kansas City Fed President Esther George and Boston's Eric Rosengren, hawks who both dissented against all three rate cuts this year. The others departing are dove James Bullard from St. Louis, who wanted a half-point rather than quarter-point cut in September, and Chicago's Charles Evans, who also supported easier monetary policy to ensure the Fed lifts inflation to its 2% target on a sustainable basis.

The yearly voter rotation among regional Fed presidents can foreshadow looming splits over policy that generate dissents, depending on who gets the vote and how strongly they disagree with their colleagues. But it generally won't dictate the path of policy. That's because Fed Chairman Jerome Powell can probably count on the support of the Board of Governors, plus New York Fed President John Williams, who also wields a permanent FOMC vote. That means Powell has six votes against the four in the hands of the remaining regional Fed chiefs, in the rare event that all four voted the same way against him.

Here's what the four new voters have recently said about their outlooks.

The Cleveland Fed president is probably the most hawkish of the four, though her recent comments that policy is now in a "good spot" following three cuts don't show any current pressure for a change. That said, the PhD economist and long-time Fed insider said she hadn't favored cutting rates three times. As a result, she may start pushing for tighter policy if inflation picks up with unemployment at a 50-year low.

Minneapolis Fed chief Neel Kashkari was an outspoken advocate for cutting rates last year when inflation failed to pick up as expected. He's argued the central bank should commit to not raising rates again until core inflation rises back to 2% on a sustained basis. The remarks suggest Kashkari won't be pushing to raise rates any time soon, and will make the case for allowing inflation to run above 2% without the Fed hitting the policy breaks -- in order to demonstrate its commitment to achieving that target on a sustainable basis.

The Dallas Fed chief sees a sluggish economy in 2020, so things would have to deteriorate for him to back easing policy further. He'd been open to easing earlier in 2019 after the yield curve inverted. But he told Bloomberg Television on Dec. 18 that with the curve sloping upward, Fed policy is probably in the right place. Nor did he sound worried about inflation, saying the pricing power of businesses has been eroded by technology and he expects inflation to be "muted for some period of time." He has never dissented since joining the Fed in 2015.

Philadelphia's Harker spoke out several times against the Fed's rate cuts this year, which he said were unwarranted because the economy appeared to be weathering uncertainty caused by trade tension between the U.S. and China. That could signal he'd favor raising rates sooner rather than later to stay ahead of inflation amid very low unemployment. He has never dissented at an FOMC meeting since joining the Fed in 2015.