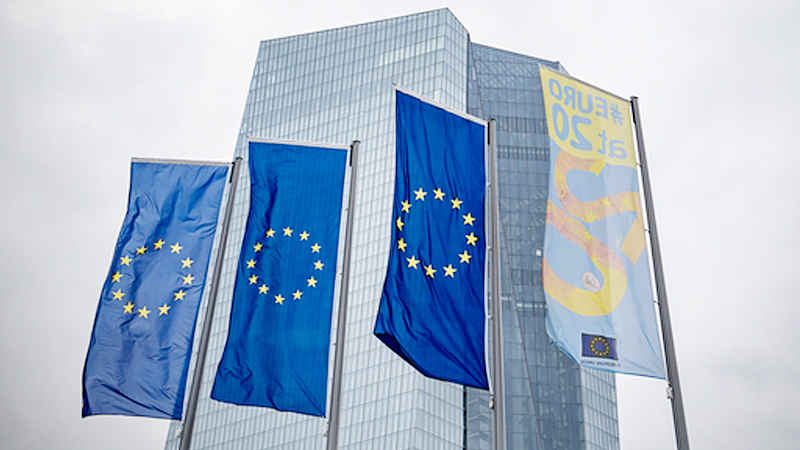 File Photo: Washington Post/The euro-zone economy edged gradually away from stagnation at the end of 2019 as services picked up to counter moribund manufacturing.

The euro-zone economy edged gradually away from stagnation at the end of 2019 as services picked up to counter moribund manufacturing.

A gauge of private-sector activity by IHS Markit climbed to 50.9 in December, slightly better than a flash estimate and holding above the 50 level between expansion and contraction. While that's the highest in four months, it still signals the economy is floundering, with growth at the weakest in six years and manufacturing shrinking.

IHS Markit estimates that GDP rose about 0.1% in the final quarter.

An upward revision to Germany's services measure gave the euro a boost. The single currency extended its gain and was up 0.3% to $1.1195 as of 11:14 a.m. Frankfurt time. Other markets continued to take their lead from Middle East concerns, with stocks down, and oil and gold up amid fallout from a U.S. airstrike that killed powerful Iranian general Qassem Soleimani.

The euro area has increasingly relied on spending on services to support its expansion, offsetting the slump in manufacturing that is partly due to the U.S.-China trade war and Brexit. The risk is that factory job losses will undermine the economy as a whole.

Investors have become more confident, and are the most optimistic on the euro-region economy since the end of 2018, a separate survey by Sentix on Monday showed. "The specter of recession seems to have been dispelled," it said, though predicts only a "slight upswing" in growth.

"In the absence of any major adverse developments we expect to see growth starting to improve as 2020 proceeds," said Chris Williamson, chief business economist at IHS Markit. "Downside risks to growth in the year ahead nevertheless remain notable."

The PMI report had some relative bright spots. Germany returned to marginal growth after three months of contraction. Spain and France both registered solid expansions. New work increased for the first time in four months, and business optimism improved.

There was also better news from the U.K., where December's services measure was revised up, and new orders rose the most in five months.

Italy's private sector shrank for a second month though, registering its worst performance in almost a year. Euro-area exports fell for a 15th successive month. Payroll numbers grew at the weakest pace in five years.