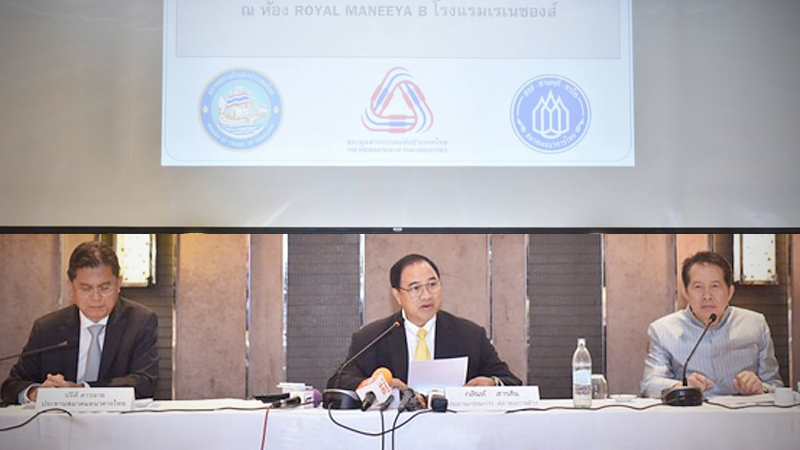 The Joint Standing Committee on Commerce, Industry and Banking has urged the government to explore new export markets in replacement of the Middle East amid escalating tensions between US and Iran.

The Thai economy, said committee chairman Kalin Sarasin on Wednesday (January 8), continues to suffer from the negative factors from 2019, including the economic slowdown, currency fluctuation, and the US-China trade war.

Despite signs of improvement, the US-China conflict needs to be closely monitored, he said.

The escalating hostility between US and Iran has become the latest negative factor to the Thai economy this year, as it could spike up global oil prices in the long term.

The committee also urged the government to take several actions to counter factors weighing down the economy.

It wants the government to speed disbursement of the fiscal 2020 budget, prepare emergency plans to mitigate the effects of drought and deal with possible impacts from the escalating US-Iran conflict.

The government should also manage the baht so that spikes in its value against other currencies do not disadvantage the country.

Employers and employees should be permitted to halve their social welfare contributions for six months, the panel recommended.

And electricity bills should be reduced for small and medium-sized enterprises (SMEs) and for people who offer lodgings by 5 per cent for one year to help lower their operating costs.

Committee members agreed that Thailand will this year continue to suffer because of the subdued global economy and meanwhile more negative factors have emerged – the US-Iran situation and the spreading drought.

The committee believes forthcoming tallies will show that the economy expanded by just 2.5 per cent last year.

This year, exports have limited room to grow and the sector will likely not grow at all, resulting in a 2-per-cent contraction year-on-year.

Economic growth this year should be between 2.5 and 3 per cent, the committee predicts.

Inflation is expected to be in the range of 0.8 to 1.5 per cent assuming that the global crude oil price stays at US$70 per barrel for six months.

The Cabinet on Tuesday earmarked more than Bt100 billion to support struggling SMEs, including a tax exemption for those that restructure their bank loans.

Lavaron Sangsnit, director-general of the Fiscal Policy Office, told reporters on Tuesday that the Finance Ministry has proposed the assistance package because SMEs are facing high risk stemming from the US-China trade tensions, uncertainty over the global economy, export contraction and the strengthening of the baht.