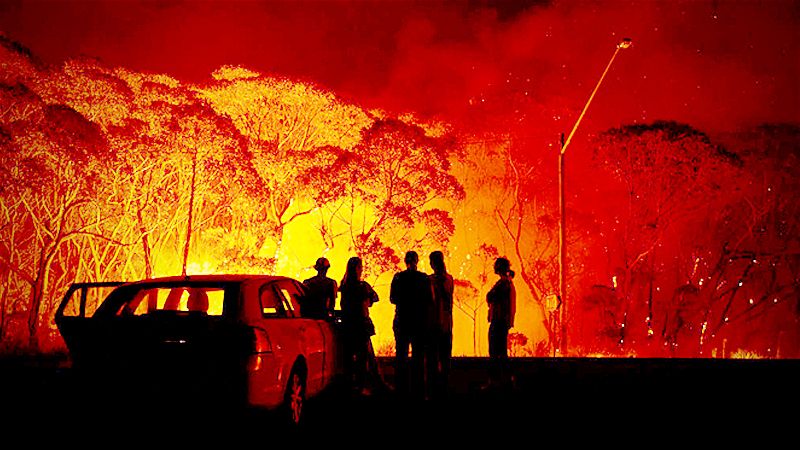 BlackRock added its considerable heft to a group of investors that's pressing the world biggest emitters of greenhouse gases to change their ways.

The addition of the world's largest fund manager is a significant milestone for Climate Action 100+, bringing total assets under management by its members to more than $41 trillion. The group already has some notable victories in its campaign of engagement with corporate giants that account for more than two-thirds of global industrial emissions.

Last year, BP agreed to report in detail on how its investments are compatible with the Paris climate agreement after shareholders supported a resolution proposed by the activist group. It has also extracted pledges from Royal Dutch Shell and commodities giant Glencore.

"This announcement from BlackRock will lead to some uncomfortable shuffling in the board rooms of Big Oil, power utilities and other carbon intensive industries," Mark Campanale, founder and chairman of Carbon Tracker, said in an emailed statement.

BlackRock joins more than 370 global investors already participating in the initiative, which has the ambition of becoming the biggest, richest, and possibly most benevolent bully the corporate world has ever seen. It is cajoling companies to detail exactly how climate change will affect their business, so shareholders can pull money from those that aren't preparing for the future.

"BlackRock's decision to sign on to Climate Action 100+ reinforces that the world's largest asset manager believes that climate change is a growing financial risk to both companies and the global economy," said Mindy Lubber, a member of the Climate Action 100+ steering committee and also chief executive officer of Ceres, which campaigns for sustainable investment. Its involvement "sends a powerful signal to companies to reduce emissions, improve corporate governance and strengthen their disclosure."

Climate change is becoming an increasingly important topic in the asset management industry. Protesters and non-profit groups are ramping up criticism of the largest fund managers for what they say is insufficient action around the global environmental crisis. Investor money is starting to follow, with environmental, social and governance, or ESG, investment strategies for exchange-traded funds drawing in a record $8 billion in 2019, according to data compiled by Bloomberg.

BlackRock has come under pressure for doing too little to tackle climate change. Boston Trust Walden and Mercy Investment Services submitted shareholder proposals to BlackRock, Vanguard Group and JPMorgan Chase & Co., blasting the firms for failing to align their public stance on the issue with their proxy voting records.

The New York-based asset manager has been promoting products with ESG-minded strategies. In 2018, it introduced a series of sustainable ETFs meant to serve as the core building blocks of an investor's portfolio. It also offers products with more targeted goals, like the iShares Global Clean Energy ETF, a fund first introduced in 2008 that holds about $444 million in assets.

Joining Climate Action 100+ "is a natural progression of the work our investment stewardship team has done," BlackRock said in an emailed statement. "We believe evidence of the impact of climate risk on investment portfolios is building rapidly and we are accelerating our engagement with companies on this critical issue."