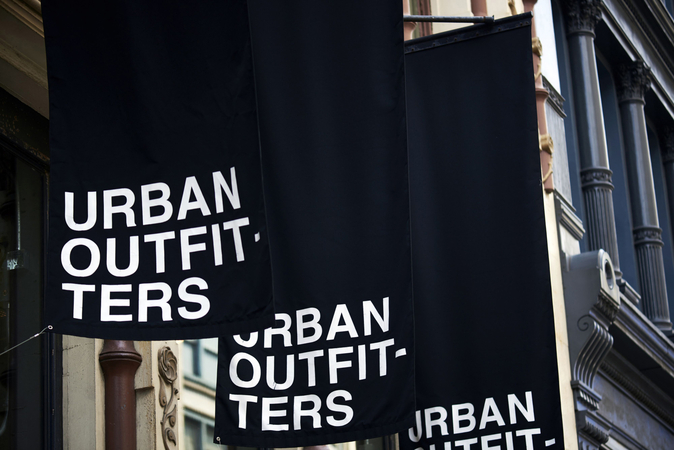 Pedestrians and shoppers pass in front of an Urban Outfitters store in New York on Aug. 12, 2018. MUST CREDIT: Bloomberg photo by Gabby Jones,

Urban Outfitters Inc. became the latest clothing seller to report a less-than-cheery holiday after Thursday's disappointing results from a series of other retailers. Shares sank by the most in seven weeks.

The company's fourth-quarter gross margin will be pressured by "increased promotional activity" in apparel at its namesake store, as well as the Anthropologie banner, during the holiday period. "The weaker-than-anticipated margins came as a surprise with the consensus view being that URBN was the 'best house on a bad block' this holiday," Citigroup analyst Paul Lejuez wrote in a note.

One analyst who called it correctly on Urban Outfitters, however, is Wedbush's Jen Redding, who cautioned clients earlier this week about an "incrementally promotional atmosphere around key holiday selling weeks." Judging by the share-price decline of as much as 7.2% Friday, Citi's Lejuez appears right about the "consensus" view.

Jefferies analyst Janine Stichter wrote that the margin pressure, driven by elevated inventory levels, fashion misses in apparel, and higher deliver expense, was "not entirely unexpected." She reduced her estimates to below the consensus average recently and noted that the company was at risk of a negative pre-announcement amid a deceleration in the retro brand trend. Still, Stichter maintained her buy rating. "While we expect headwinds to linger near term, we continue to believe in the long-term story, and note that valuation remains inexpensive."

Meanwhile, if Redding's crystal ball on promotions is that good, investors should watch beaten-down Gap. Her analysis of Wedbush's proprietary discounts tracker indicated that promotions over the key November and December selling weeks tracked favorably versus last year at the core Gap brand, and Old Navy was "roughly mixed." Taken together, she believes the data point to above-plan merchandise margin. Redding believes "better-than-expected holiday performance" will drive near-term share-price upside.

There is still more ahead in the holiday pre-announcement season. More than 200 consumer-oriented companies are expected to attend the ICR Conference in Orlando, Florida, early next week. Presentations start Monday, and a handful of other retailers are expected to pre-announce results ahead of their appearances. These include American Eagle Outfitters, Abercrombie & Fitch and Lululemon.