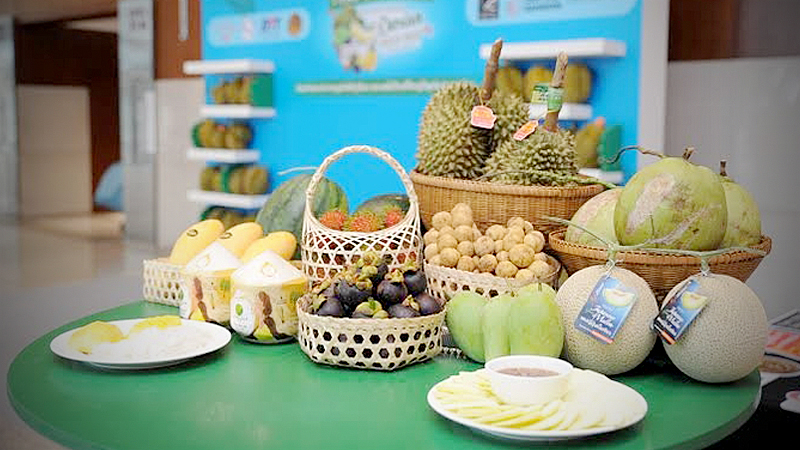 The Commerce Ministry is getting ready for this year's fruit harvest and has pledged to help Thai farmers sell their farm products both in the domestic and export markets.

Despite the shadow of a drought, a large fruit output is expected this year, said Whichai Phochanakij, director-general of the Internal Trade Department.

The department will facilitate trade in Thai fruits such as durian, mangosteen, longan, longkong, lychee and rambutan with a budget of Bt396 million, he said.

The department will match major buyers with 20,000 farmers and will collaborate with retailers, department stores and Blue Flag chain stores to sell at least 50,000 tonnes of fruit.

The department would hold promotion sales of fruit in both the domestic and overseas markets, aiming to sell more than 20,000 tonnes of fruit, he noted.

They would also arrange total loans of Bt1.5 billion at 3 per cent interest to provide liquidity to traders for six months. Another 3 per cent interest subsidy would be allocated to support funding for upgrading their factories and facilitating organic farm certification, he said. Each trader could get a loan of up to Bt10 million.

The department will also help farmers to select middlemen from China who come to Thailand to buy fruits for sale later in the Chinese market.

The farmers and labourers would be trained in post-harvest handling to maintain the high quality of farm products and reduce losses.

Middlemen from China found cheating farmers as in the previous years will be put on the blacklist.

The department will also collaborate with four airliners to allow each passenger to take up to 20 kilograms of fruit on board without fee, he added.