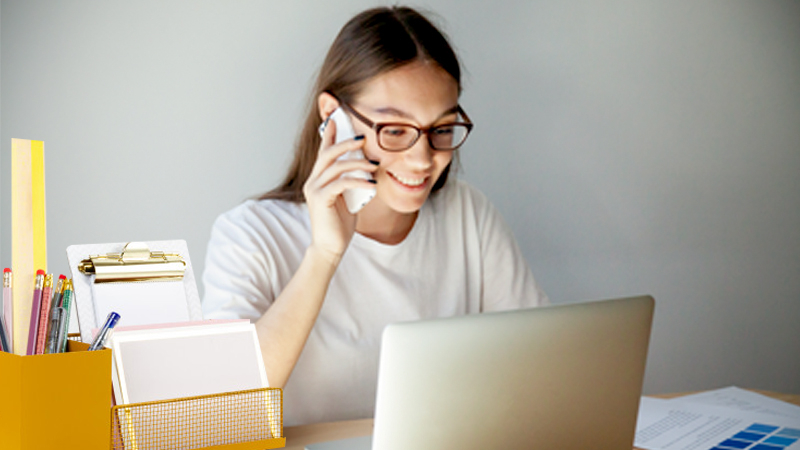 Telework use is rising, but civil servants are restricted. WASHINGTON = About a quarter of workers at U.S. companies now dial into meetings, consult with clients and do a multitude of other tasks from their laptops at home, as employers seek to cut real estate costs and keep their staffs content in a red-hot job market.

The federal government, though, is calling its employees back to the office.

After a big push toward telework in the Obama administration, President Donald Trump's government is scaling it back at multiple agencies on the theory that a fanny in the seat prevents the kind of slacking off that can happen when no one's watching.

The about-face began at the Agriculture Department in 2018, after Secretary Sonny Perdue was angry to discover that an employee he needed to meet with was working from home, according to three administration officials. In response, he slashed by half a robust program used by tens of thousands of employees.

A USDA spokesperson, who acknowledged the program had been dialed back, said the Perdue story was "inaccurate" but would not elaborate.

The Education and Interior departments and the Environmental Protection Agency, as well as parts of Commerce and Health and Human Services departments, soon followed.

The Department of Veterans Affairs, where telework is popular in the benefits division, is pushing for restrictions in contract talks. The Social Security Administration abruptly canceled a 6-year-old pilot program for 12,000 operations employees in November, citing "increased wait times and unacceptable delays" to customer service.

Trump's war on telework represents a milestone in how his administration is changing the culture of the federal government as it seeks more accountability from employees - and moves to weaken their unions. Employees are chafing at their lost freedom, but the managers reining them in say that, in the long run, taxpayers benefit. Overall, data on productivity is inconclusive, workplace experts say.

"Agencies have been digging deep to say, 'The way of work in our agency - is it achieving mission, service and stewardship objectives?' Particularly when it comes to service, we have to ask the question, 'What is the best modality for delivering service?' " Margaret Weichert, deputy director for management at the Office of Management and Budget, said in an interview. "Telework is not proving the most effective way of delivering."

Employees report they are more productive at home and suspect the administration of other motives. Scaling back telework is "a subtle way of getting rid of old-timers," said Uylaine Barringer, 69, a compliance assistance coordinator for the EPA's hazardous waste program in Chicago.

Barringer lives on three acres in the small town of Princeton, Illinois, 120 miles from the city, where she also cares for retired Chicago police horses.

For years she worked four 10-hour days each week - home two days, trekking downtown two others and taking off Fridays, which she reserved for grooming the horses and seeing the veterinarian, as well as for her own medical appointments after surviving cancer.

But last summer, the EPA scaled back telework to two days a month for employees with her schedule. She made the difficult decision to move up her planned retirement by a year, to Jan. 20. It will cost her several hundred dollars a month in pension credits. "It's a job that I really enjoy," she said. "I know the program inside and out. But it wasn't tenable."

The Census Bureau's American Time Use Survey found that 24 percent of private-sector employees teleworked at least some of the time in 2018, a steadily growing share despite retreats in recent years by companies such as Yahoo and IBM.

Alexander Alonso, chief knowledge officer for the Society for Human Resource Management, which tracks workplace trends, said the option to work from home is a "huge" tool in recruiting and maintaining talent.

In the government, though, "I think they want to discourage federal employment and make it less attractive," said Rep. Gerald Connolly, D-Va., co-sponsor of a 2010 law that prods agencies to allow telework to save on energy and commuting costs. "It's sort of a Neanderthal move by the administration."

Working from home has grown steadily in the past decade and is a go-to alternative on snow days.

About 43 percent of the 2.1 million civil servants were eligible for one or more days a week of remote work in fiscal 2017, the last year for which data is available from the Office of Personnel Management. That's down from 44 percent in fiscal 2015. An OPM spokesperson said telework has remained stable in the Trump administration, but the agency's annual report to Congress notes that agencies have trouble collecting accurate data.

By private-sector standards, the recent federal retreat would hinder the government's ability to participate in a knowledge-based economy in which collaboration among far-flung employees is now the norm. Some technology companies have abandoned the bricks-and-mortar office altogether.

The backtrack has upended child-care schedules, raised commuting costs and led some like Barringer to quit because their office is too far to drive to daily. It also could make the government less competitive in recruiting and keeping employees. And with many federal offices redesigned to fit fewer people, it's unclear if there's room for them now.

The rollback comes as the White House advances a crackdown on federal employee unions after a successful court battle last year over a series of executive orders. They give management an upper hand in collective bargaining and limit union duties on the job.

Agencies are reopening and renegotiating contracts that in the Obama era had renewed automatically. Restricting telework is a high priority.

"It's doctrinal. It's punitive," said David Cann, director of field services and education at the American Federation of Government Employees, the largest union.

"When Trump came in, federal employees understood they were the 'swamp' to this administration and it would be tough on them," Cann said. "But we have yet to hear from any agency that telework is imparting any harm."

Some agencies have continued to support telework, including the Patent and Trademark Office and the Defense Department, where a third of the 366,000 civilians eligible used the option in fiscal 2017, the last year data was collected.

The General Services Administration, which shrunk its Washington headquarters during a 2013 renovation, continues to shed leased office space and requires employees to reserve desks when they come in.

GSA "relies on telework to attract and retain a talented workforce," a spokesperson said in an email, touting the agency's continuity of operations during a disaster or bad weather. About 85 percent of GSA employees telework multiple days a week.

Those on either side of the divide have little data to back up their case, workplace experts say. Most research does not account for whether employees were strong or weak performers to begin with, skewing results. Studies tend to lump multiple jobs together.

The Government Accountability Office found similar obstacles in a 2016 report that found few quantifiable results from expanding telework. Agencies could not back up their claims that it benefited them.

Today they do not back up claims that it's hurting them, but they appear to be changing course based on a gut feeling that productivity is suffering.

At the USDA, where multiple days a week of remote work were common, employees now must show up at the office four days a week.

"USDA's telework policy is designed to be responsible to the taxpayers and responsive to the customers who depend on our services," a spokesperson said in a statement, citing "longstanding concerns about the previous policy." In cases where offices do not have enough space to accommodate employees, supervisors can approve more work from home.

Social Security set off a furor in the fall when Commissioner Andrew Saul canceled a popular telework pilot program that let employees work remotely up to three days a week.

Spokesman Mark Hinkle said the program had "little or no controls to ensure" that it was properly evaluated and that front-line employees were needed in the office to stanch growing wait times and delays to service.

"Given our current service challenges and lack of data on [the policy's] impact on public service, now is not the time to experiment with working at home," Hinkle said in an email.

But employees and unions, backed by Democratic lawmakers, mounted a successful campaign on Capitol Hill to restore the program, blaming management for failing to track its effectiveness.

"If you're data driven, why would you come back years later and say, 'We're not gauging if we're successful in this pilot?' " asked James Muhammad-Mason, a debt specialist in the Chicago office who worked from home one day a week.

He said he was more focused that day and not distracted by "office banter."

"The real reason they took it away? 'Federal employees are lazy. Why would you let them work more from home?' " Muhammad-Mason said, mocking a popular attack on government workers. "If you have a problem with certain employees, you need to address it."

The pushback worked. The spending deal that Trump signed in December requires the agency to come up with a plan within 60 days to reinstate the program.

The Education Department, where 94 percent of the workforce was eligible for multiple telework days a week, surveyed employees last summer, nine months after slashing telework to one day a week.

The results were universally negative, according to a copy of the survey obtained by The Washington Post.

Sick leave and vacation requests grew. A majority of employees reported no increased productivity, collaboration or communication with colleagues when they returned to the office - the stated reason telework was cut. And two-thirds of employees said they were considering leaving.

The department acknowledged that "a significant number of employees and managers are still adjusting to the change." But Secretary Betsy DeVos decided to continue the agency's "efforts to achieve the intended outcomes of improved collaboration and productivity" and limit working from home.