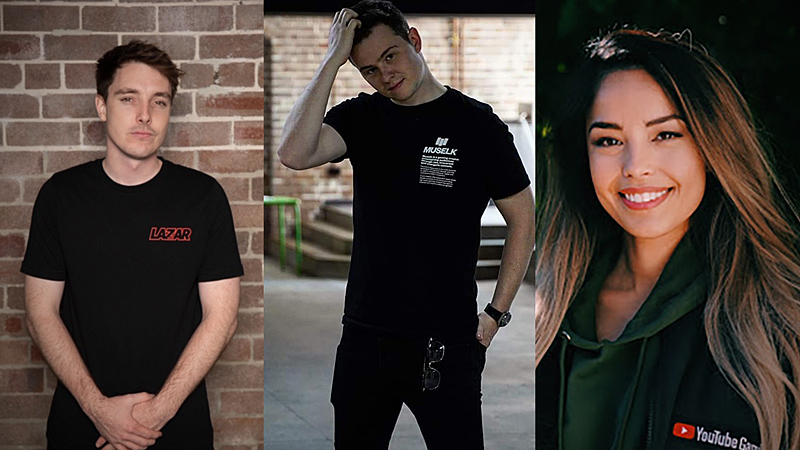 YouTube signs on exclusive streaming deals with 3 big gaming creators: LazarBeam, Muselk and Valkyrae. In another salvo in the streaming wars, YouTube has signed three big-time influencers in gaming to become exclusive to the largest video platform in the world.

Lannan "LazarBeam" Eacott, Elliott "Muselk" Watkins and Rachell "Valkyrae" Hofstetter together boast 21 million YouTube subscribers. LazarBeam, with 12.3 million, and Muselk, with 8.1 million, are both prominent YouTube creators who have focused on Google's platform. Valkyrae primarily streamed on Twitch, amassing almost a million followers there. She also is nearing a million subscribers on YouTube.

Although they play many other games, all three are prominent Fortnite creators. LazarBeam and Muselk's contracts were brokered through talent agencies WME, which also represents NFL and NHL talent, and Click Management, while Valkyrae's was brokered by UTA.

LazarBeam is just starting out on YouTube streaming, and said he hopes to show a "different side of himself." He and Muselk are celebrating the contract with a 12-hour charity livestream Monday to raise a million dollars for the Australian bush fire crisis.

Valkyrae is the first woman to join esports group 100 Thieves, and gained attention when she attended the Fortnite Pro Am Tournament at last year's E3 event. She said she hopes to use YouTube's global reach to "translate the importance of mental and physical well-being."

The move is yet another in an ongoing talent bidding way, primarily between YouTube, Mixer, Facebook and Twitch. Microsoft's Mixer platform kicked off the trend by signing on streaming's biggest personality, Tyler "Ninja" Blevins, to what is believed to be a multimillion-dollar contract. Terms of the recent YouTube contracts were not disclosed.

The continued signing of popular personalities signals that when it comes to platform features, content is now taking precedence, according to Doron Nir, CEO of streaming platform StreamElements, which releases quarterly reports of the streaming market.

"The benefit of having a large diverse stable of press-worthy marquee streamers is that it is the most effective way to attract new viewers, creators and brands," Nir said. "The key moving forward will be long term commitments to top talent and working with third party developers to ensure their influencers have the best production, monetization and engagement tools to optimize their channels."