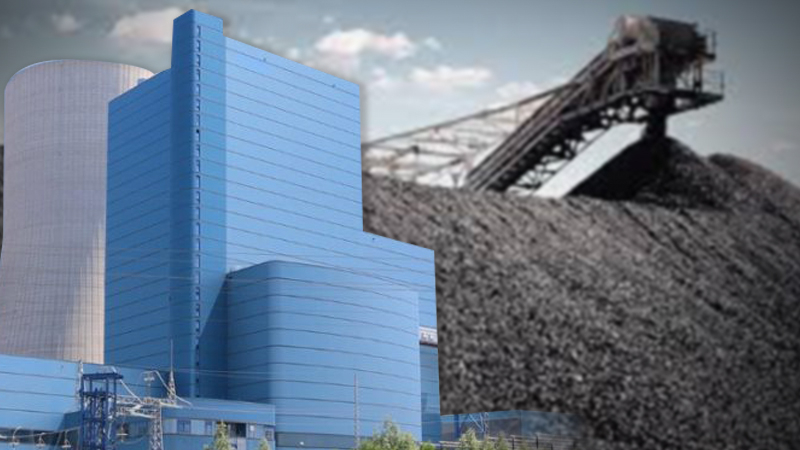 One of Germany's biggest utilities plans to open a new coal plant even though the nation is lagging behind countries from U.K. to Spain in phasing out the fuel.

Protesters are already preparing to disrupt the opening of Uniper SE's Datteln-4 plant in June and could turn the utility into the latest flash point in Germany's increasingly fractious debate about the fossil fuel that still generates about a third of the country's electricity. The conflict could threaten Chancellor Angela Merkel's climate legacy as German emission targets lag following a decade of record renewable energy investments.

Merkel is trying to build consensus this week over a 2038 exit date for coal and heal widening rifts between industry and environmentalists. Government officials and company executives will meet for another round of talks Jan. 15 in Berlin, where they'll discuss compensation for abandoning coal. Uniper is keen for its plant to become one of the nation's last operating coal facilities.

"It'll be an own goal for Uniper to open it," said Dirk Jansen, an official at the environmental group BUND Friends of the Earth Germany.

The 1.5-billion euro ($1.7 billion) Datteln-4 plant, outside Dortmund in western Germany's industrial heartland, is already nine years late and over budget because of defects that delayed its connection to the grid.

Climate activists aren't buying the utility's arguments that the new facility burns cleaner than older models it plans to retire and wants the plant shuttered before it ever operates.

In the year since a German panel of industry and environmental experts recommended Europe's biggest economy stop using coal, talks have focused on compensation that utilities are seeking in return for closing plants. That could be changing, however, as activist investors and funds pressure companies to reduce emissions.

Uniper's fifth-biggest shareholder, Blackrock, added some $7 trillion of heft to a group of investors on Friday that's pressing the world's biggest emitters to change their ways. The addition of the world's largest fund manager is a significant milestone for the Climate Action 100+ group, which advocates for emissions transparency and climate action.

Uniper argues the facility is more efficient than existing coal plants, and therefore more environmentally friendly, adding it should run to close to the 2038 exit date.

"There is understanding from the government that it makes sense to turn on the most efficient plant," Uniper CEO Andreas Schierenbeck said in an interview with Bloomberg in November. Despite faltering economics for coal, the company said last year that Datteln-4 would be a "significant earnings contributor once up and running."

Others say that logic is flawed and raises questions about whether Merkel's government is serious about making up lost ground on its lapsed climate targets.

Connecting the 1,100-megawatt plant to the grid would undermine "the credibility of the coal commission," said Claudia Kemfert, a professor for energy economics at the DIW in Berlin.

A report in the Rheinische Post newspaper on Wednesday said Uniper was proposing to shutter all its remaining coal plants or convert them to gas in order to let Datteln-4 open - the company is undertaking a gas conversion project at its Scholven plant near Cologne, with the aim of the site producing electricity from gas by 2022.

The proposal would include, however, closing or converting a 747-megawatt coal plant in the North Sea port of Wilhelmshaven, commissioned in the mid-70s, according to an official from the port's home state of Lower Saxony who asked not to be identified as the plan isn't yet sealed.

If Uniper reaches an agreement that allows Datteln-4 to open, it won't be the end of the matter. On Thursday, Luisa Neubauer, 23, Germany's answer to Swedish climate protester Greta Thunburg, called on the Fridays for Future movement to target the plant and demand the government close it, underscoring the challenge facing fossil fuel operators in increasingly environmentalist Germany.

The German Green Party also said it would seek to review the status of the plant if it gets into government, a scenario deemed almost certain by pollsters due to German coalition mathematics.

"It cannot be that Germany's coal exit will be marked by the opening of one of the biggest coal-fired power stations in Europe," said senior Green Party politician Oliver Krischer in an email to Bloomberg.

(Michael Bloomberg, the founder and majority owner of Bloomberg LP, the parent company of Bloomberg News, has committed $500 million to launch Beyond Carbon, a campaign aimed at closing the remaining coal-powered plants in the U.S. by 2030 and slowing the construction of new gas plants.)