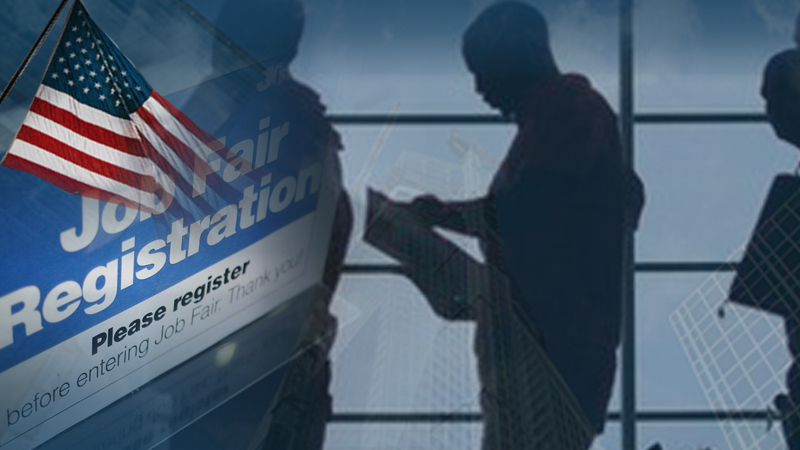 With labor-market data for the 2010s behind us after Friday's employment report, the big takeaway for the decade is that a much higher level of employment was possible without generating inflation.

President Donald Trump also has an argument to claim that not only is he presiding over the best labor market in decades but also that the continued improvement is historic. This isn't to suggest his specific policy decisions deserve credit for the improvement - manufacturing weakness resulting from the trade war is clearly evident in 2019 jobs data. But during his administration, prime-age employment has increased faster over his three years in office than it has in decades - and it's happened without an acceleration in inflation.

Because a hallmark of this expansion has been the consistency of labor market and overall economic growth, it's easy to forget how improbable the current conditions seemed just three years ago. At the December 2016 meeting of the Federal Open Market Committee, the forecast for the end of 2019 included an unemployment rate of 4.5%, core inflation excluding food and energy of 2%, a federal funds rate of 2.9% and average real gross domestic product growth between 2017 and 2019 of 2%. As it turns out, policy makers underestimated both economic growth and the improvement in the labor market while overestimating inflation and the level of interest rates. Unemployment ended 2019 at 3.5%, a full percentage point lower than the estimate, while core inflation has yet to hit 2% on a sustained basis. Real GDP growth was 2.8% in 2017, 2.5% in 2018 and is likely to have grown more that 2% in 2019. And after the Fed's three interest-rate cuts in 2019, the fed funds target rate sits at 1.75%.

These figure don't fully capture the improvement in the labor market for prime-age workers, those between the ages of 25 and 54. The unemployment rate for these workers has fallen from 4% to 3% over the past three years, flirting with the lowest levels in 50 years. Conventional wisdom might suggest that eventually the improvement in the labor market would start to taper off. But what we've seen is that by using the employment-to-population ratio for prime-age workers rather than the unemployment rate for this group, the pace of improvement during this period has been the best since the late 1980s. Essentially, economists and people like myself were arguing that late 2016 marked something close to full employment, but what's followed has shown that was far from the case.

It's difficult to say how much credit Trump deserves for this performance. The Federal Reserve chair in 2016 was Janet Yellen, and at this point it's indisputable that her estimate of how much labor-market slack remained and what level of economic growth was likely during the next few years was too conservative. Although her successor, Jerome Powell - chosen by Trump - continued with the rate hikes started under the Yellen Fed, he's also shown the flexibility to reverse course and put more emphasis on fresh economic data rather than to fixate on forecasts for when inflation would arrive. Whether this outcome would have resulted if unqualified Trump Fed nominees such as Stephen Moore and Judy Shelton had won seats on the Fed is open to debate.

On fiscal policy, there's no evidence that Trump's tax cuts delivered when it comes to stimulating investment or the labor market. One could argue that this was entirely foreseeable given how the tax bill was structured; most of its benefits went to corporations and the wealthy rather than to the middle class or workers, groups that would have been more inclined to spend the gains. At the same time, the economy's trajectory since the passage of the tax bill suggests that the U.S. had a lot more fiscal firepower available in 2017 than deficit hawks argued.

A fair reading of Trump's record would say that advocating for both fiscal and monetary stimulus starting in early 2017 was correct, that the Powell Fed has been an improvement on the Yellen Fed and that there remains no short-term reason to be concerned about the inflationary impact of a wider budget deficit. At the same time, the trade war has been a disaster, the structure of the tax cuts left a lot to be desired and - aside from Powell - the people Trump has wanted to put on the Fed have been generally bad. But if presidents get credit or the blame for the state of the labor market, then Trump is in a good place.