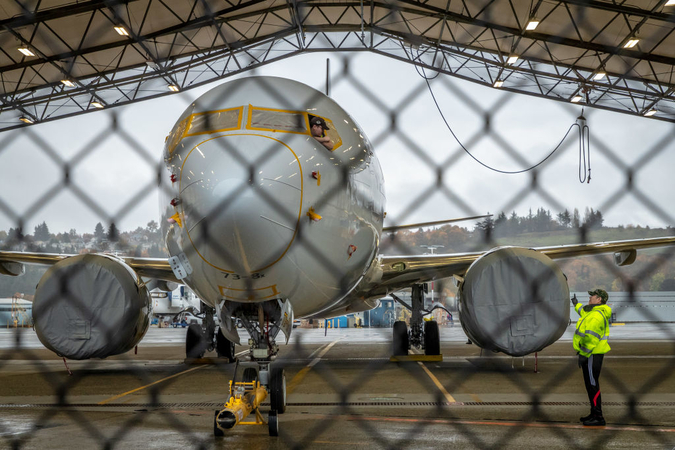 "This is a crucial time for Boeing," he wrote. "We have work to do to uphold our values and to build on our strengths. I see greatness in this company, but I also see opportunities to do better. Much better."

Calhoun's top priority will be convincing federal regulators that the 737 Max is safe to fly. The plane has been grounded worldwide since March. Boeing also is counting on Calhoun to rebuild relationships with customers, regulators and the public.

That will be a formidable challenge in the wake of more than 100 pages of internal communication released late last week that painted a picture of a company disdainful of regulators, its customers and even of its own workforce.

In one exchange, an employee wrote that the 737 Max was a plane "designed by clowns supervised by monkeys."

The communications also showed Boeing aggressively pushing back against simulator training for 737 Max pilots. The fact that pilots could be trained on iPads rather than in costly simulators was a major selling point for the newest version of the Max jet.

Last week, however, the company abruptly reversed itself, saying that all pilots should take part in simulator training.

The company apologized for the communications.

Calhoun's tenure has already drawn fire from lawmakers, who criticized the company's board of directors for offering the former GE executive a $7 million bonus for reaching a number of milestones, including returning the 737 Max to service.

In a letter sent Monday to Democratic Sens. Edward Markey of Massachusetts, Richard Blumenthal of Connecticut and Tammy Baldwin of Wisconsin urged Boeing's board of directors to cancel the bonus.

"This payment represents a clear financial incentive for Mr. Calhoun to pressure regulators into ungrounding the 737 Max, as well as rush the investigations and reforms needed to guarantee public safety," the senators wrote. "We believe that this bonus would be unconscionable in the face of two tragic plane crashes and proof that Boeing has not learned its lesson."

The company said Friday that Calhoun will receive a compensation package valued at $28 million, which includes the $7 million bonus. Boeing's previous CEO, Dennis Muilenburg, was fired in December. The company said Muilenburg forfeited a $14.6 million severance package, but will receive $62 million in stock and pension benefits.

The newest version of the company's best-selling jet has been grounded for 10 months after two of the planes crashed within months of each other. The company had hoped to win the approval of the Federal Aviation Administration to return the plane to service in December. Some reports have indicated that the plane could be recertified in February, but the FAA has indicated that there is no set timeline for ungrounding the jet.

On Tuesday, American Airlines, which had previously said it expected to resume 737 Max flights in April, said it was now removing the plane from its schedule until early June. That matches a timeline announced by United last month.

"American Airlines remains in continuous contact with the Federal Aviation Administration, Department of Transportation and Boeing," the airline said. "Based on the latest guidance, the airline anticipates that the resumption of scheduled commercial service on American's fleet of Boeing 737 Max aircraft will occur June 4, 2020. Once the aircraft is certified, American will run flights for American team members and invited guests."

Southwest Airlines, which has 34 Max jets in its fleet, the most of any U.S. carrier, has not said whether it will change its previously announced plan to resume Max service in April.

"Many of our stakeholders are rightly disappointed in us, and it's our job to repair these vital relationships," Calhoun wrote. "We'll do so through a recommitment to transparency and by meeting and exceeding their expectations. We will listen, seek feedback, and respond - appropriately, urgently and respectfully."