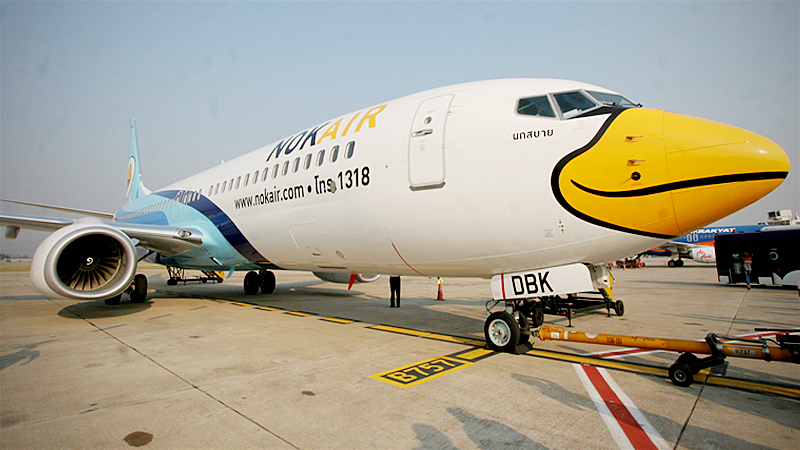 At an extraordinary meeting of shareholders, Nok Airlines Pcl decided to increase the company’s registered capital from Bt3.408 billion to Bt4.197 billion, as well as issue 888,147,358 ordinary shares at face value of Bt1 per share to existing shareholders on rights basis at the ratio of one new ordinary share for 3.5 existing ordinary shares. The offer price is Bt2.50 per share, with combined value not exceeding Bt2.22 billion. The shares are expected to be offered from February 3-7.

Nok Airlines chief executive officer Wutthiphum Jurangkool said the company expects to raise Bt2.2 billion from the rights issue, which will turn the shareholders’ equity from negative Bt659 million (as of September 2019) to positive. “We also expect that this move will help remove the ‘C’ [caution] letter from our [shares’] status,” he added.

“As for the business plan this year, we are still focusing on a turnaround strategy by using software technology to manage the cost, and positioning ourselves as an on-time airline,” he said. “Furthermore, we will continue buying fuel via THAI at a competitive price, which should help in overall cost reduction since fuel is responsible for 30 per cent of total cost.”

Wutthiphum added that next month he will present the 2020 fleet plan to the board of directors. “This year we expect to buy a maximum of three new Boeing 737-800s to cover two new destinations in Asean, which will open around mid-2020,” he said. “Currently we have 16 737-800s and eight Q400s.”