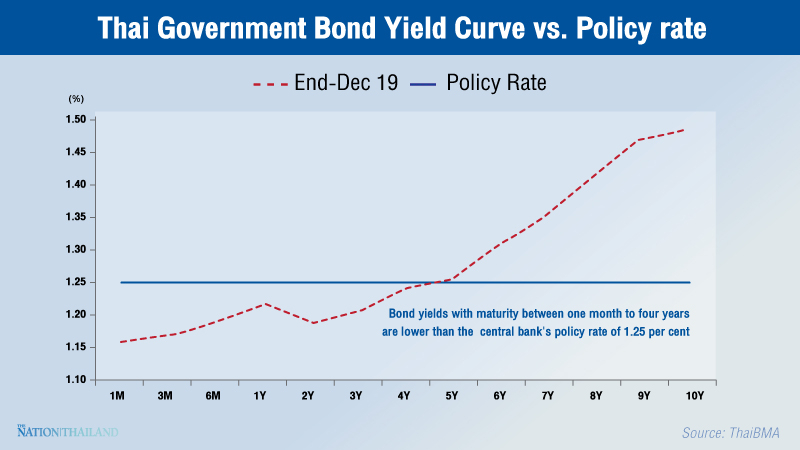 Foreign investors are expected to continue selling Thai government bonds to the tune of almost Bt100 billion this year, according to the Thai Bond Market Association (ThaiBMA) which also predicted the central bank cutting its benchmark rate in the current quarter.

Foreign investors held Bt911.8 billion in Thai bonds as of the end of last year, down Bt771.2 billion year on year. Their combined holding Thai government bond and Bank of Thailand bonds represented 10.5 per cent of total market capitalisation last year, a drop of 11.9 per cent from 2018. 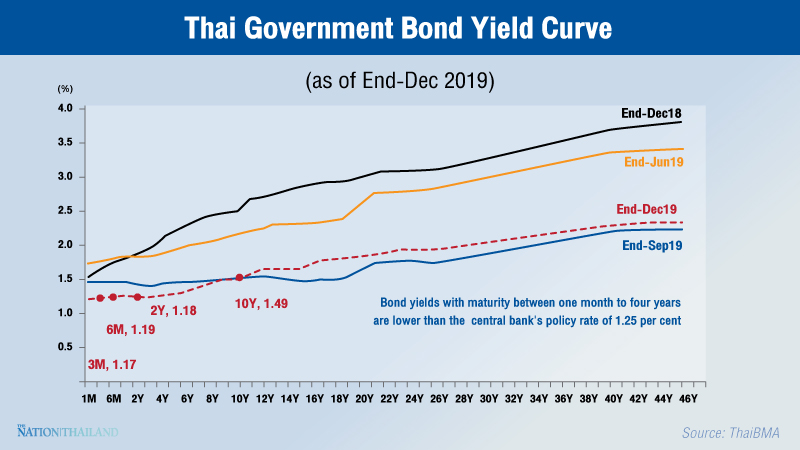 Investment return in government bonds was estimated at 15.3 per cent, compared with 5 per cent from equities. The return calculation was based on the assumption that investors invested proportionally in bonds available in the market, or investing in bonds with an average maturity of 12 years.

The high return from bond investment last year mainly came from capital gain given that bond yields were at a historic low.

Yield of 10-year maturity bonds stood at 1.36 per cent on January 6 this year, compared to the lowest level of 1.43 per cent on August 29, 2019, while bond yields with maturity between one month to four years were lower than the central bank's policy rate of 1.25 per cent.

“As bond yields (one-month to 4-year bonds) have been lower than the BOT’s one-day repurchase rate, we expect the central bank to cut its benchmark rate in the first quarter of this year,” said Tada.