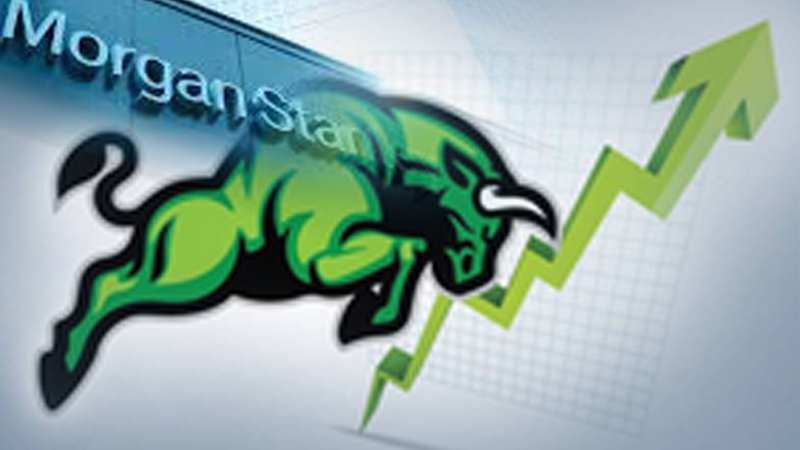 Shares surged by the most in more than three years after Morgan Stanley joined rivals in reporting a massive surge in bond-trading revenue and boosted its profit target for the next two years. Fixed-income trading revenue more than doubled, helping lift annual profit to an all-time high. The firm also beat analysts' estimates for merger advice and stock and debt underwriting.

The final three months of 2019 offered relief for banks stung by a years-long slump in the fixed-income market. Investors had been expecting a rebound from 2018's especially terrible fourth quarter, and the big banks delivered. At Morgan Stanley, the figure advanced 126% to $1.27 billion. Analysts surveyed by Bloomberg had predicted a 67% rebound.

"Typically in the fourth quarter you see a slowdown after Thanksgiving, and we didn't see that," Chief Financial Officer Jonathan Pruzan said in an interview. "We are entering 2020 with a pretty constructive market backdrop and a healthy pipeline."

"The equity number of flat year-over-year is a disappointment (this is their core franchise)," said Adam Crisafulli, an analyst at Vital Knowledge Media. "The huge 125% FICC growth will probably receive a lot of scrutiny about how sustainable that run rate is."

Investment-banking revenue increased 11% to $1.58 billion on the strength of its underwriting business. Analysts had been expecting declines for the deal-advisory unit and gains for underwriting.

Wealth-management revenue surpassed expectations with an 11% gain to $4.58 billion. The firm leans on managing money for wealthy individuals and clients for more than half its revenue.

Under Gorman, Morgan Stanley made expanding in wealth management its top priority in the years following the financial crisis. Some analysts now say that business has matured, meaning the trigger for more gains for the firm hinges on trading and other capital-market activity.

- Investment-management revenue almost doubled to $1.36 billion, driven by gains in one of the firm's Asian private equity funds.