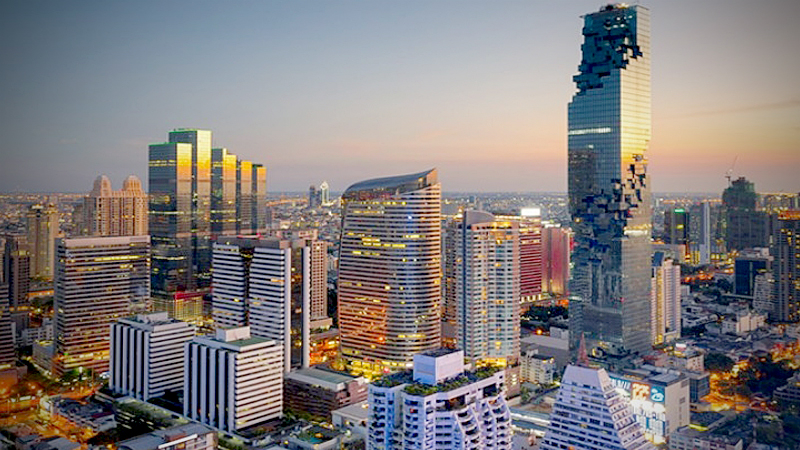 The Thai economy is projected to grow a modest 2.7 per cent this year thanks to recovering private consumption recovers and investment in large public infrastructure projects, the World Bank said in its “Thailand Economic Monitor” report released on Friday (January 17).

Boosting productivity and reviving private investment will be essential if Thailand is to meet its goal of being a “high-income status” country by 2037, the report said.

Global economic growth is forecast to edge up to 2.5 per cent this year as investment and trade gradually regain strength, but risks persist.

These include a re-escalation of trade tensions and trade policy uncertainty, a sharper-than-expected downturn in major economies, and financial turmoil in emerging markets and developing economies.

“A continued deceleration of economic activity in China, the euro area and the United States could have adverse repercussions across East Asia through weaker demand for exports and the disruptions of global value chains,” said Birgit Hansl, World Bank country manager for Thailand.

Agricultural exports declined by 7 per cent in the first three quarters of 2019, led by sharp decreases in export volumes for major products such as rice and rubber.

Manufacturing exports declined by 6 per cent in the same period, with electronics exports hardest hit. Thailand’s strong currency, which has appreciated by 8.9 per cent since last year – making the baht the strongest it has been in six years – has also impacted foreign tourism and merchandise exports.

The report recommends that it next consider policies to enhance the effectiveness of the stimuli by focusing on major public investment projects, improving efficiency in public-investment management and providing social protection coverage for vulnerable families.

Private investment has halved, from 30 per cent of GDP in 1997 to 15 per cent in 2018, as foreign direct investments shrank and progress stalled on the Eastern Economic Corridor.

The report projects that, if current trends continue, with no significant pickup in investment and productivity growth, Thailand’s average annual growth rate will remain below 3 per cent.

To become a high-income country by 2037, it said, Thailand must sustain long-run growth rates above 5 per cent, which would require a productivity growth rate of 3 per cent and an increase in investment of to 40 per cent of GDP.

These constraints include restrictive laws, particularly in the services sector, implementing the new Competition Act with clear guidelines related to state-owned enterprises and price controls, and developing policies to build the skills and human capital needed for an innovative knowledge-based economy.