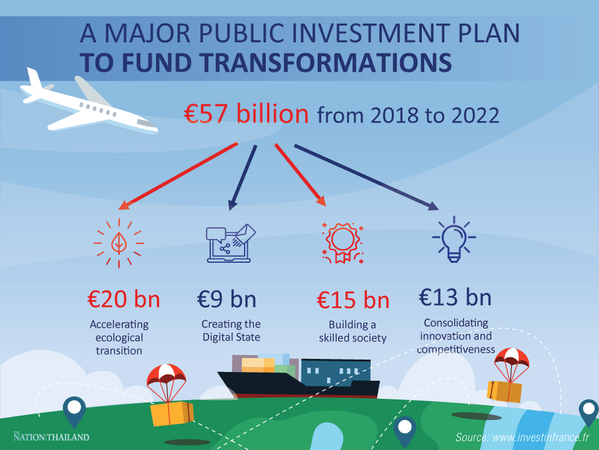 France is looking forward to more Thai investment in the country, says its ambassador to Thailand Jacques Lapouge in an exclusive interview with The Nation.

With its excellent research and development facilities, a deep talent pool and a skilled work force, France is an ideal destination for foreign direct investment, he said.

People may see Yellow Vest protesters marching on the streets, but the reality is not a country in chaos,   Lapouge assured.

France has an advantage in location, sitting at the centre of one of the world's biggest markets, with an outstanding infrastructure: the biggest airport in Europe, advanced rail system, modern power and internet networks, he said.

It also boasts a deep talent pool and a skilled workforce with 44 per cent of those between 25 to 34 years old possessing tertiary education certification. It produces about 38,000 graduates in engineering very year.

“Our workforce is great in quality with one million engineers, which is probably the first motivation for foreign investors,” Lapouge said, adding that it is now the first destination for industrial  and R&D investment in Europe.

France has been touted as the most favorable tax incentive for R& D among OECD members. The country offer 30 per cent reduction of R & D expense for startups.

President Emmanuel Macron has initiated many reforms to boost the economy, reduce inequality and facilitate ecological transition. The corporate tax rate will be cut to 25 per cent by 2022 from 33.3 per cent in 2017, 31 per cent in 2019 for companies having revenue less than Euro 250 million, 28 per cent this year and 26.5 per cent next year, according to www.investinfrance.fr.

According to the CBRE’s quarterly study published in November 2019, Paris has knocked London off the top spot in the ranking of the world’s most attractive cities for foreign investment in real estate.

The British capital was downgraded to second place due to uncertainty surrounding Brexit.

Some large Thai corporates have already invested in France, for instances, Thai Union has modernised its existing canned seafood plant in Quimper and has established a European R&D Centre in French Brittany for its European subsidiaries while Indorama Venture has acquired companies in technical fibre and recycling business in Grand Est Region.

Double A, having invested in a paper plant in Normandy, has re-injected about Euro 40 million into a biomass power generation plant last year. SEA Value has announced expansion of its existing interest and new investment for 2020, according to the French Embassy in Bangkok.

Meanwhile, two Thai business executives have been invited to a business summit at the Palace of Versailles in Paris on January 20. 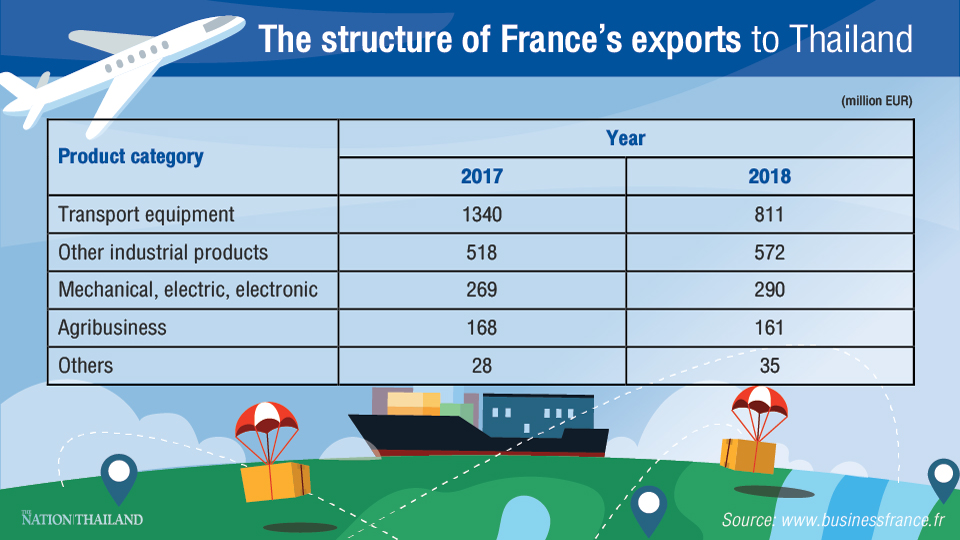 Regarding two-way trade, Thailand’s exports to France amounted to Euro 2.81 billion in 2018 while imports from France stood at Euro 1.87 billion, resulting in Euro 941 million of trade surplus for Thailand. 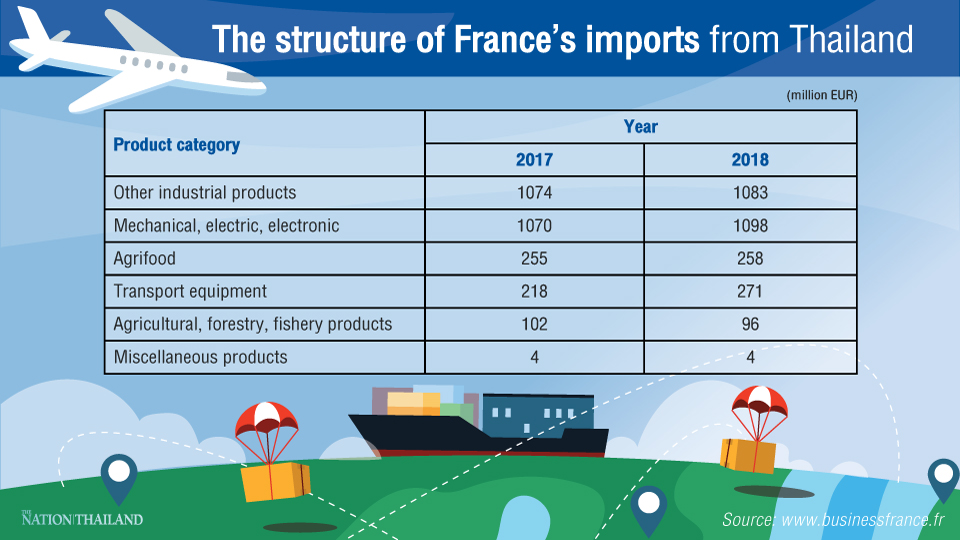 Recent news report suggested that the French government had made a concession on pension fund reform after unions' protests nationwide.