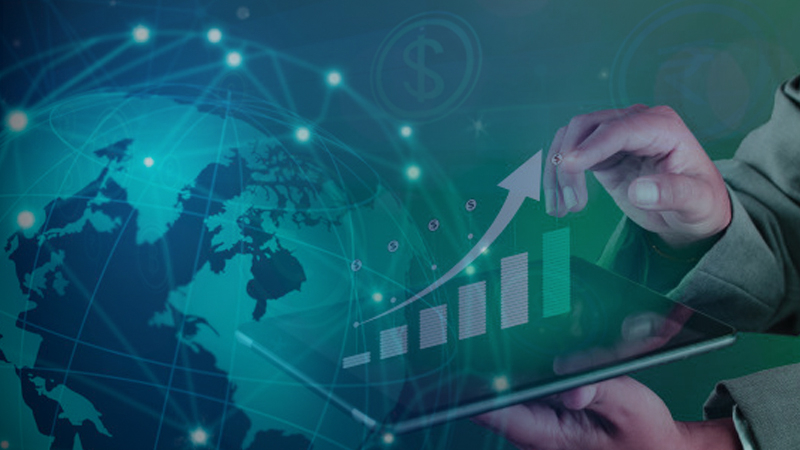 DAVOS, Switzerland - This year is likely to see a "sluggish recovery" for the world economy, the International Monetary Fund said Monday, but it warned that there are alarming parallels between today's economy and that of the 1920s.

Global growth is expected to hit 3.3 percent this year, the IMF predicted. That is up from 2.9 percent last year, which was the worst year for the world economy since the Great Recession.

The more upbeat forecast for 2020 is largely due to President Donald Trump's trade war easing with China and the stimulus from 49 central banks, including the Federal Reserve, that lowered interest rates in recent months. IMF Managing Director Kristalina Georgieva called the initial U.S.-China trade deal a "welcoming sign."

But here in Davos, as top business and political leaders gather in this ski chalet town in the Swiss Alps, uncertainty remains high - about Trump launching a trade war with Europe, about military flare-ups in the Middle East, about central banks running out of medicine to revive the economy, about inequality and about record levels of corporate debt.

"The reality is global growth remains sluggish," Georgieva said Monday. "We are adjusting to live with the new normal of higher uncertainty."

Georgieva warned that the record or near-record levels of wealth inequality in the United States, United Kingdom and many other parts of the world, combined with the rapid advancement of technology, feels a lot like the 1920s, which ultimately led to financial disaster.

"The beginning of this decade (has been) eerily reminiscent of the 1920s - high inequality, rapid spread of technology and huge risks and rewards in finance," Georgieva said. "For the analogy to stop right there and go no further, acting together in a coordinated manner is absolutely critical."

The IMF is urging countries to use this time now, while unemployment is low and growth is decent, to address bigger problems in the economy. While the short-term economic outlook is positive, there are deep structural trends in the economy that are worrying for the longer term.

"We're probably at a low right now. We should start to see growth accelerate as the year goes on," said Chris Williamson, chief business economist at IHS Markit.

American consumers continue to be the backbone of the U.S. economy. Business investment dried up last year as executives sat on their cash to see what would happen with the trade war. There is hope that there might be a modest uptick in business investment.

"I do believe we will see an uptick in investment now," said Kelly Grier, U.S. chair of EY, the consulting firm formerly known and Ernst & Young. In discussions with business leaders in recent days, Grier said reaction has been "quite positive" on the trade deals and the perception is this is a "period of relative calm" now for trade.

More business spending and a rebound in global growth should help boost manufacturing, which was in a mild recession last year in the United States and other countries.

Treasury Secretary Steven Mnuchin recently predicted a surge in growth following the signing of the partial China trade deal and the U.S.-Mexico-Canada trade agreement. Most independent economists say while finalizing the deals is a small positive for the economy, they don't expect a big bump from that alone.

After 2020, there are concerns about where the U.S. and global economies are headed. The extremely low interest rates that have been in place for over a decade have side effects. They push investors into riskier investments that could backfire.

"The Fed is pumping liquidity into the system. We had a period like this back in 1998 and 1999 that inflated the internet bubble," said Scott Minerd, global chief investment officer of Guggenheim Investments and a Davos attendee. "The fact the Fed doesn't seem to be aware they are creating bubbles in risky assets is really disconcerting."

The world is awash in debt again. Leading into the 2008 financial crisis, housing and consumer debt was at record levels, causing a bubble that ultimately burst. Today, there is around $10 trillion in corporate debt, a level never seen before. No one knows how long this can be sustained or what would happen if interest rates went up again. Minerd also pointed to the surge in commercial real estate as a red flag.

The United States is enjoying the longest expansion in its history, lasting 11 years. While recession risks have largely faded for 2020, there's heightened attention on every sign of a potential slowdown.

"There is a sense that even though risks have receded at the moment, that this is a very long, old bull market for equities and a very long, old economic expansion," said Rich Nuzum, president of Mercer's wealth business, which works with large investors around the world.