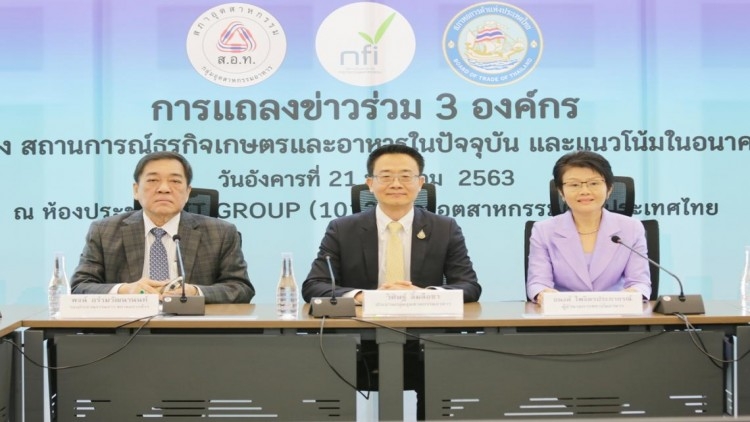 The National Food Institute forecasts that the value of food exports this year will be US$34.9 billion (Bt1.05 trillion), up 5.4 per cent year on year, according to its president Anong Paijitprapapon.

However, the value of exports will contract 0.3 per cent to Bt1.02 trillion if the baht rises to 29.30 per US dollar.

The export value is expected to expand 3.5 per cent to Bt1.06 trillion if the baht holds steady at 30.40 per dollar.

One positive factor helping food exports this year is the global economic recovery after tensions over a US-China trade war eased.

The Olympic Games in Japan will also spark demand for more food.

The negative factors that could affect the food industry are the drought and the possible hike in production and logistics costs if energy prices rise following an escalation in the US-Iran conflict.

The institute blames the drop in the value of food exports on the global economic situation, the strengthening baht and declining world food prices. The global food trade last year amounted to $1.3 trillion, down 0.6 per cent. Thailand’s food exports accounted for 2.51 per cent of the world food trade.