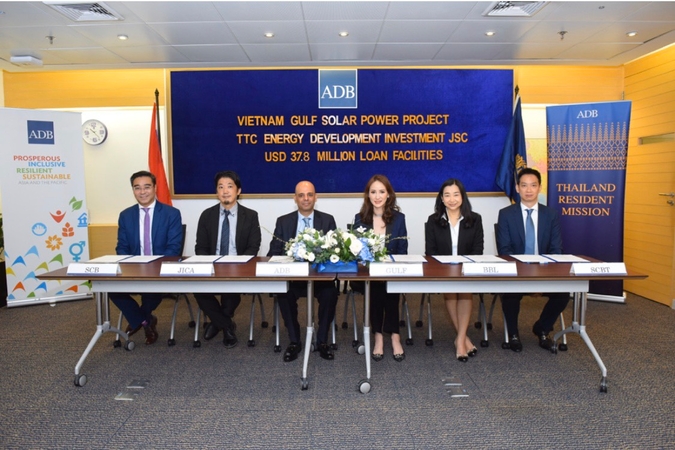 ADB’s assistance for the Gulf Solar Power Project was provided through an innovative financing structure that ensures its bankability. It will help catalyse commercial financing for one of the first such large-scale transactions in the country involving solar power.

An additional $7.6 million was provided by the Leading Asia’s Private Infrastructure Fund, which is supported by the Japan International Cooperation Agency.

The B loan will be funded by Bangkok Bank PCL, Siam Commercial Bank PCL and Standard Chartered Bank (Thai) PCL.

“ADB is excited about this transaction because the project will have a significant impact on the sustainability and security of Vietnam’s energy sector for years to come,” said Jackie B Surtani, director of the Infrastructure Finance Division in ADB’s Private Sector Operations Department.

The government plans to increase the share of renewable energy sources such as hydropower, solar, wind and biomass as a percentage of total installed capacity to 21 per cent by 2030 to meet rapidly growing energy needs and reduce greenhouse gas emissions by up to 25 per cent by 2030.

The project will develop and operate the 50MW solar plant and associated facilities in Tay Ninh northwest of Ho Chi Minh City.

The plant will directly serve the residents and businesses of Ho Chi Minh City and surrounding areas and reduce annual carbon dioxide emissions by 29,760 tonnes by 2020.

TTC, established in 2017, is 90 per cent-owned by GED. GED is a private power generation company and has the largest portfolio of gas-fired power projects in Thailand.