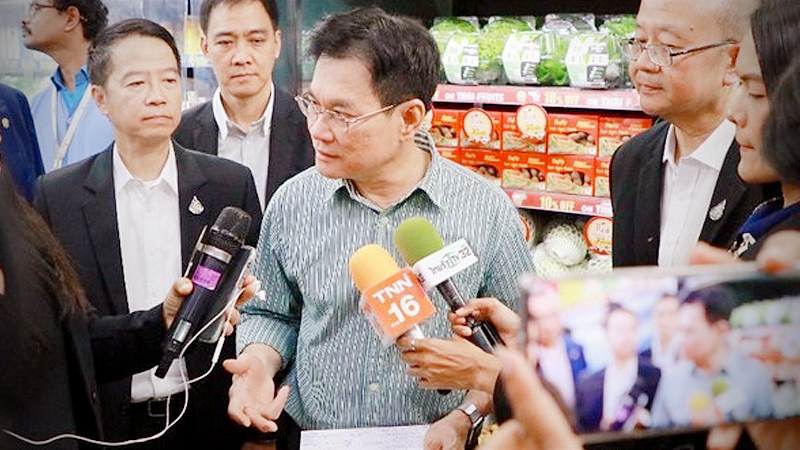 Jurin led a group of 80 entrepreneurs to the southern Indian cities of Bangalore and Hyderabad with support from the Indian government where they conducted business.

He said the Indian government’s housing-for-all policy offered opportunities for sale of Thai rubberwood and construction materials while the ban on plastic supported the export of cassava for biodegradable plastic.

He said Thai foods and fruit got favourable attention from Indian buyers due to certain similarities in the products in the two countries.

At Bangalore, 11,000 cubic metres of rubber worth Bt100 million were sold; cassava sales totalled 3,500 tonnes and were worth Bt72 million; glue powder (1,200 tonnes) worth Bt60 million; products under memorandum of understanding such as furniture, food, chemicals,etc were worth Bt805 million.

In addition, Thai products launched on Bigbasket, an India online grocery store website, are predicted to sell at least Bt50 million in value in the first year.

Jurin added that he had the chance to meet the commerce minister of the Indian state of Telangana. They plan to sign a memorandum of understanding to promote investments in both countries in the future. The value of trade negotiations and business matching in Hyderabad can be summarised as follows: 1280 cubic metres of rubberwood worth Bt17.5 million; 1,280 LCD TVs worth Bt1.5 billion; clothing worth Bt100 million;1,000 tonnes of flour worth of Bt18 million, and logistics services to help exports by Thai small entrepreneurs worth Bt50 million for a total of Bt1.68 billion.

Total sales in the two cities amounted to Bt2.78 billion.