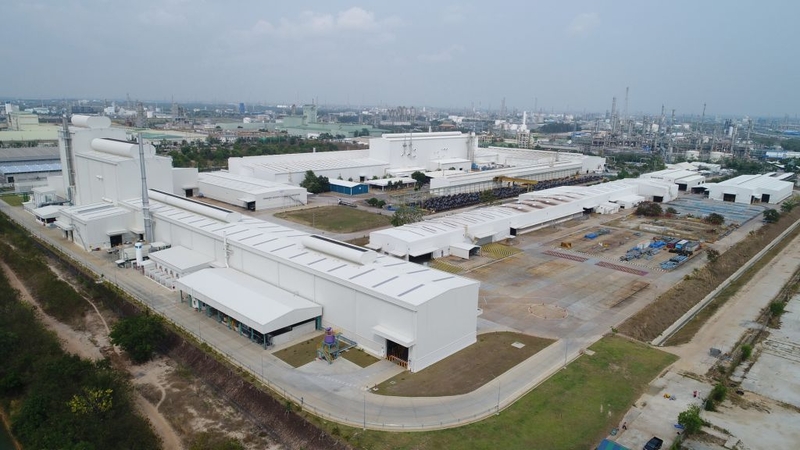 BlueScope, a manufacturer and distributor of high-quality steel, had invested more than Bt4 billion in a third production facility, aimed at expanding the production capacity of metallic coated steel and pre-painted coated steel to 160,000 tonnes a year.

The factory, which was inaugurated on Wednesday (January 22), will cater to the demand of residential projects in Thailand and Asean.

Charlie Elias, CEO of NS BlueScope (Asia and North America), said the third factory of BlueScope is situated at Map Ta Phut industrial estate in Rayong province, the same location as the first and second factories.

"The new factory is equipped with most advanced production technology and machinery, enabling it to turn out high-quality coated steel items at a speed much faster than other facilities in Thailand and the Asean region. In addition, this factory is run under a environmentally-friendly process. The extended production capacity also adds to employment, in line with the government's Thailand 4.0 initiative, Elias said.

He also revealed that BlueScope produced 372,000 tonnes of coated steel and pre-painted coated steel products between July 2018 and June 2019. With the opening of the new factory, annual sale is expected to reach 400,000 tonnes in the next 3 years.

BlueScope also plans to expand its shares in other segments, through launches of new product lines to meet specific demands.